Ronda Rousey proved she hasn’t lost a step with a dominant return to singles action this week on WWE SmackDown.

Welcome back to my “Highs and Lows,” this time covering the March 4 edition of Friday Night SmackDown, featuring Rousey’s first-ever match on the blue brand, the reveal of Pat McAfee’s WrestleMania opponent, and a big win for Ricochet.

First, here’s a recap of the match results:

With WrestleMania being one month away, it was wise to showcase Rousey as a badass competitor again.

Exhibiting that in-ring fire which made her first run in the company so unique, while also busting out some new offense, was a good reminder of what she’s still capable of.

Love it or hate it, Ronda is a force of nature in a WWE ring, and that was on full display against Sonya Deville (who played her role well here).

There’s no shame in getting beat by Ronda Rousey, yet Deville still got enough offense in during their match to retain credibility going forward as an evil authority figure, even if she got help from Charlotte Flair to make that happen.

Speaking of Charlotte, I enjoyed her cocky rhetoric on commentary.

Playing up that Ronda is a one-trick pony who only has the armbar to her advantage, then having that blow up in her face by getting locked in the ankle lock to close the show, was simple, but appreciated, storytelling.

This was a fun way to kickoff Pat McAfee’s first WrestleMania feud.

Austin Theory has been getting pushed on Raw for weeks under the tutelage of Vince McMahon, therefore it was logical that the match offered to McAfee by the WWE Chairman would go to the Superstar he’s been grooming for success.

Theory slapping the SmackDown announcer in the face felt like a move out of McMahon’s playlist, too, and Pat’s reaction quickly going from surprised to furious was believable for that type of scenario.

Personally, I’m a big fan of McAfee getting a WrestleMania match.

He showed in NXT that he’s dedicated to putting on an impressive performance when given the opportunity. I expect no less on “The Grandest Stage of Them All.”

The fact that this is the first title Ricochet has won since his 21-day run with the United States Championship in 2020 is crazy.

That aside, it’s great to see things finally happening for the 33-year-old high-flying Superstar. He’s filled with untapped potential and holding gold again is a big step in the right direction.

SmackDown badly needs depth on the babyface side of things, especially once WrestleMania is over, and Roman Reigns needs more opponents, so this is a good way to build Ricochet back up again.

Defending the IC title at WrestleMania against Sheamus or Shinsuke Nakamura would be a hell-of-a-first title defense, too.

I’ve got no issue with Sami Zayn losing the Intercontinental Championship due to interference from Johnny Knoxville.

Fans are already invested in their feud and, frankly, they didn’t need a title on the line at WrestleMania to create more interest in the match.

Instead, dropping the title to Ricochet gives other competitors a spot on the WrestleMania card, while also adding heat to the program between Knoxville/Zayn, so it was the right call to make.

I also got a few laughs out of Sami raging out in the backstage area after, as well as Johnny talking about breaking his “wee-wee” one time.

This was a good episode where each segment meant something.

You could argue New Day getting their ATV smashed by Sheamus/Ridge Holland didn’t really, but the only issue with that lies in my continual confusion over how Big E has been handled since his WWE title loss.

Don’t forget to follow all your favorite WWE Superstars and shows in the FOX Sports app to receive alerts on what they’re doing and more.

Get more from World Wrestling Entertainment Follow your favorites to get information about games, news and more.

0 8
Tester: Some 'Wanted to Deny' Inflation Was an Issue, If We Don't Lower Costs, 'It's Going to Be a Tough Election' 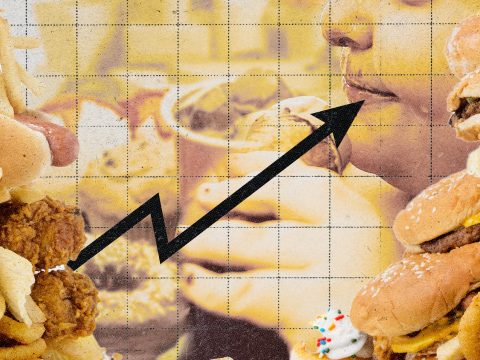