DeSantis signed the Fairness in Women’s Sports Act Tuesday, legislation that prohibits biological males from participating in athletic teams or sports designated for female students. The governor’s press secretary Christina Pushaw told the DCNF Tuesday afternoon that the governor received “very strong” corporate pressure to back off from the bill, but that this only “strengthened” the governor’s resolve.

The NCAA, for example, warned in April that it would pull out of states that do not allow transgender students to participate in college sports.

“When he heard that the NCAA was kind of threatening that they would pull out of events here in Florida or in any state that signed these types of bills, that strengthened his resolve because he doesn’t want to be bullied or allow the people of Florida to be bullied by this organization or by woke corporations,” Pushaw said. “I know the corporate pressure is very strong from some sides on this issue and I wouldn’t be surprised if the corporate pressure was strong in other states as well.”

“All of this pressure just makes Governor DeSantis even stronger in his conviction to do the right thing, to do what he knows will be best for the people of Florida,” she added. (RELATED: Noem Spokesman Slams ‘Conservative Cancel Culture’) 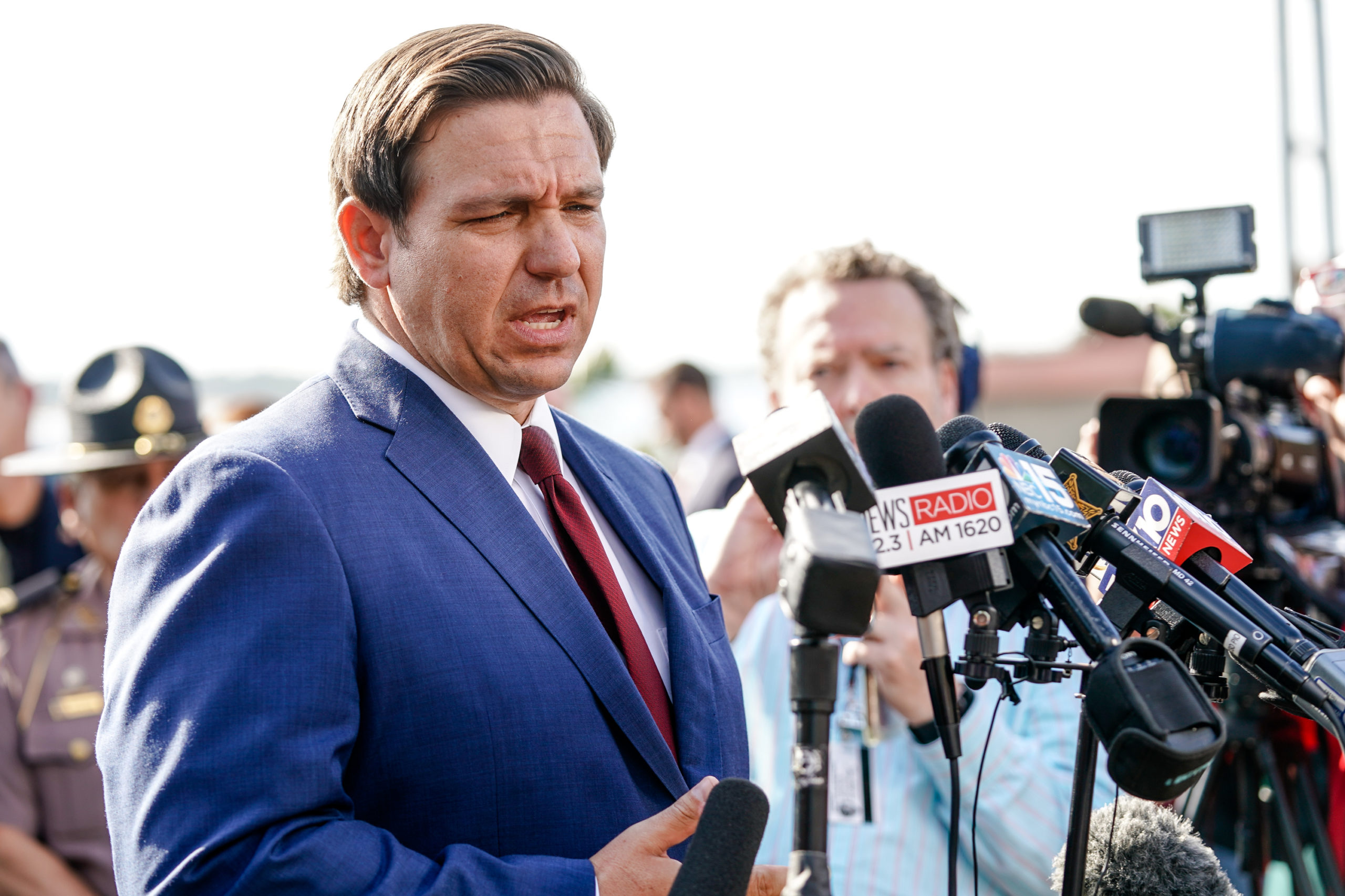 Florida Governor Ron DeSantis speaks to press following a shooting on the Pensacola Naval Air Base on December 06, 2019 in Pensacola, Florida. The second shooting on a U.S. Naval Base in a week has left three dead plus the suspect and seven people wounded. (Josh Brasted/Getty Images)

DeSantis’ decision to sign Florida’s Fairness in Women’s Sports Act comes after Republican Gov. Kristi Noem refused to sign a similar South Dakota bill without her suggested changes. The governor insisted that the bill would subject South Dakota to lawsuits the state could not win and said she seeks to “protect girls” through other measures, including two executive orders: one to “protect fairness in K-12 athletics” and another to “do so in college athletics.”

Noem continues to push back on assertions that she caved to pressure from groups like the NCAA, emphasizing that she wants long-term solutions that will protect South Dakota girls. (RELATED: Here’s Why Noem Fought South Dakota’s Bill Banning Biological Males From Women’s Sports)

“Since November, my team and I have worked to find the best way to defend women’s sports effectively — not just to feel good, but to do good,” Noem wrote in a March National Review op-ed. “We have to be able to win in court.”

“It is for that reason that I asked the South Dakota state legislature to make revisions to HB 1217,” Noem wrote. “As passed, this bill was a trial lawyer’s dream. It would have immediately been enjoined had I signed it into law, meaning that no girls in South Dakota would have been protected.”

“It does not have the flaws that were included in HB 1217,” Fury said. “Governor Noem’s executive orders will continue to protect fairness in women’s sports until the Governor introduces new legislation consistent with those orders next legislative session.”

Fury did not respond to further request for comment regarding Florida’s bill. 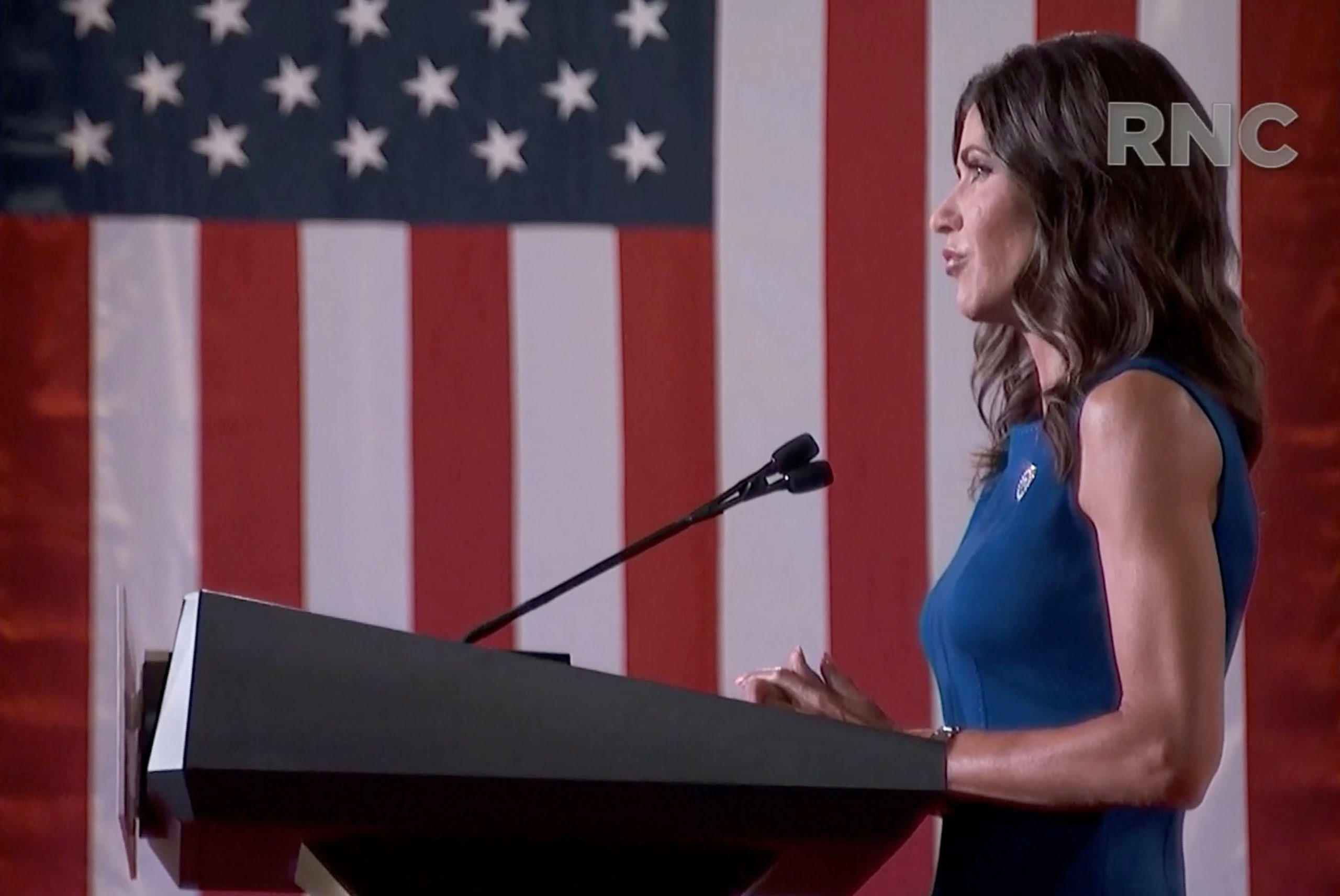 South Dakota Gov. Kristi Noem addresses the virtual convention on August 26, 2020. The convention is being held virtually due to the coronavirus pandemic but will include speeches from various locations including Charlotte, North Carolina and Washington, DC. (Photo Courtesy of the Committee on Arrangements for the 2020 Republican National Committee via Getty Images)

Both Noem and DeSantis have attracted attention as potential 2024 presidential nominees. Noem’s action on HB 1217 sparked distrust from conservatives like American Principles Project President Terry Schilling, who suggested that many conservatives now see DeSantis as “the gold standard of Republican leadership in 2021.”

“What distinguishes the approaches of Governors Kristi Noem and Ron DeSantis on defending women’s sports is one simple thing: political courage,” Schilling told the DCNF, accusing Noem of caving to pressure from “woke business interests and the NCAA to kill the legislation.” (RELATED: Conservatives Accuse Noem Of ‘Political Theater’ Over Bill Banning Biological Males From Women’s Sports)

“Unfortunately she caved to that pressure, and her weak defense was that she could only take action once a sufficient coalition existed on the issue,” Schilling said. “By contrast, Gov. DeSantis did the smart thing when faced with woke elite pressure: he didn’t back down. This is the essence of real leadership — good leaders don’t wait for others to join them before taking a stand. Instead, they set an example for others to follow, as DeSantis has done on this and many other important issues.”

Pushaw shied away from comparing DeSantis and Noem, telling the DCNF that “DeSantis is focused on Florida” and that the governor prefers not to engage in competitions or comparisons with other governors.

“He just doesn’t see things that way,” she said, “or even pay much attention to what’s going on in other states necessarily because he’s focused on Florida and wants to do what’s best for Florida, regardless of what happens or does not happen in other states. It doesn’t factor into his calculations as far as the decision that he makes here.”

The Florida Bill and the South Dakota Bill: How Are They Different?

South Dakota’s bill, or H.B. 1217, applied to all athletic teams or sports sponsored by a public school, school district, or institution of higher education under the control of the Board of Regents or the South Dakota Board of Technical Education. The bill not only banned biological males from participating in women’s sports but also established that there are only two biological sexes (male and female) and that there are “inherent” differences between men and women.

South Dakota’s bill does not mention birth certificates, but one of Noem’s revisions suggested that a student’s enrollment on a team must be based on their biological sex “as reflected on the birth certificate or affidavit provided upon initial enrollment.”

Critics like the American Principle Project’s Jon Schweppe point out that this revision does not take into account transgender students who amended their birth certificates, allowable under South Dakota administrative law, as the National Center for Transgender Equality noted.

“In other words, under Noem’s proposed changes, a biological male would easily be able to participate in women’s sports in South Dakota (even in K-12) as long as he files the proper paperwork,” Schweppe wrote in a March Substack.

Since Florida’s bill specifically says “at or near the time of the student’s birth,” the state avoided the pitfalls that Noem’s revisions presented, Schweppe said.

All copyrights and legal uses attributed to content are located at the article origination: Off the Press, ‘Woke’ Pressure ‘Strengthened’ DeSantis Decision To Ban Biological Males From Women’s Sports, Spox Says 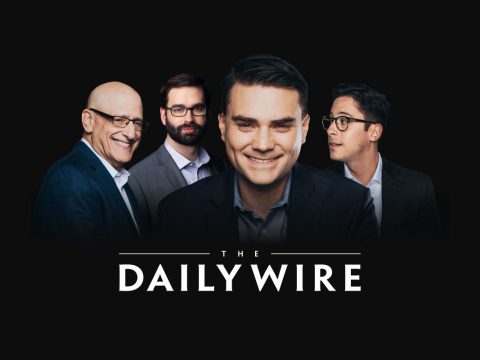 0 379
‘The Largest Television Series Ever Made’: Amazon’s ‘Lord Of The Rings’ Season One To Cost $465 Million 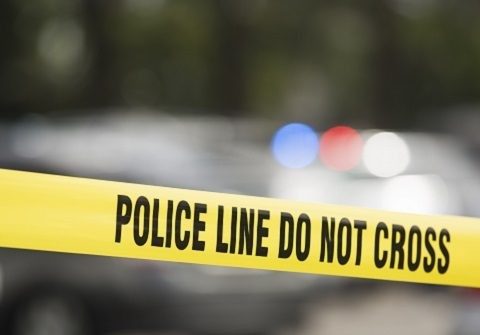 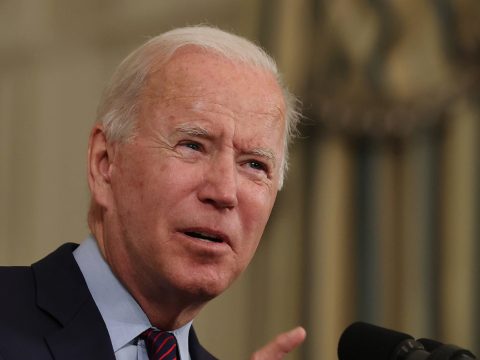 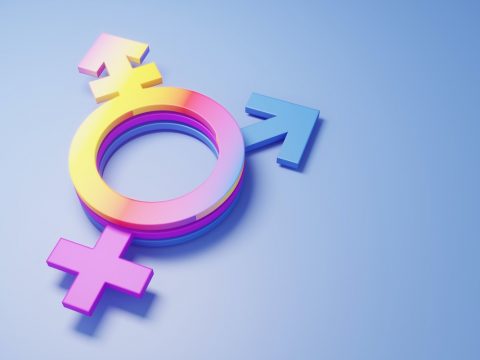