Some folks have trouble with book-length oral histories. They look at the long chunks of interviews, separated by nothing more than a bold-faced name introducing a new speaker or reintroducing one from earlier in the book, and think to themselves, “Well, this is barely a book. Where’s the story? The narrative through line? What are the authors, you know, actually doing here?”

As I learned when I interviewed Mark A. Altman and Edward Gross, the authors of They Shouldn’t Have Killed His Dog, the creators of oral histories are aware of, and mildly frustrated by, these concerns. Altman said he and his coauthor are trying to curate the world’s most interesting dinner party, while Gross highlighted the structural issues of fitting all the snippets together to tell a cohesive story without the Godlike authorial voice. Putting together a good oral history is like completing a jigsaw puzzle; you want to make sure all the pieces snap together just right.

Readers should approach books like this—or James Andrew Miller’s Tinderbox: HBO’s Ruthless Pursuit of New Frontiers, or Kyle Buchanan’s Blood, Sweat & Chrome: The Wild and True Story of Mad Max: Fury Road—as they would a talking-head documentary. Doing so pays great dividends: Accepting the stylistic conventions of the form will open up a world of information and important primary source materials to you.

They Shouldn’t Have Killed His Dog is almost two books in one. The first is a truncated history of action cinema—from the initial moment audiences were captivated by an onrushing train or a robbery therein to the serials of early cinema to the rise of James Bond to the Asian influence of Gun Fu and the over-the-top action style of John Woo and his imitators, it’s a good, quick look at the films that laid the foundation for John Wick and its sequels.

More than that, it’s an introduction to the theory of filmmaking embodied by David Leitch and Chad Stahelski, the two guys whose backgrounds in stunt choreography and frustration with the sloppily shot and stitched-together-in-the-editing-bay nature of modern action cinema led to their founding of 87eleven.

“Chad and I formed 87eleven to facilitate that desire people had for the actors to be more involved,” Leitch says. “Train actors, get them to do the choreography, teach them real martial arts, get them far along in the process so we could actually shoot the action in a compelling way that people wanted.” Keanu Reeves’s work on The Matrix (where Stahelski was Reeves’s stunt double) and the way the actors in that film took part in as many of the fights as possible were an inspiration, but the effort Reeves puts in is the exception, rather than the rule, in so many Hollywood productions.

Audiences can tell the difference when a sequence is meticulously planned and when an actor has done the work needed to participate; it’s one reason people reacted so viscerally to Charlize Theron’s work on Leitch’s Atomic Blonde. “We celebrate women fighting like women,” Theron says. “We’re smart about what body parts we will be using—that we know we can’t really punch, because we will break every bone in our hand, but that we can fight just as hard with our elbows, with our heads, with our knees.”

It is practically restating a truism to say that John Wick and its sequels work because of the thrilling choreography and gunplay, the fact that it’s a seamless and utterly compelling blend of nearly cartoonish excellence and real-world competence. And that’s why the most intriguing interviews in They Shouldn’t Have Killed His Dog, at least from my point of view, are those with producer Basil Iwanyk and writer Derek Kolstad.

In addition to being a handy crash course on the history of action cinema, They Shouldn’t Have Killed His Dog also will teach you some basic lessons about the business of making movies that are cheap but don’t look or feel cheap.

“I was on the market for action movies,” Iwanyk says. “Action movies you could make for $25 million, plus or minus 5. It’s the most obvious thing in the world, but nobody seems to understand that. If you hit the number right, which is not hard to do, your downside’s protected, but you still have a tremendous upside.” Shooting in New York on that sort of budget is dicey—a couple of days of overtime in the City that Never Sleeps can blow your budget—but you get what you pay for.

“When you don’t have a lot of money to make a movie, everybody told me, ‘Shoot it in Cape Town or Baton Rouge.’ And they’re right, you’d have five or six million more dollars,” Iwanyk says. “But I wanted this movie to feel big, and I wanted it to feel gothic. I look at it differently: If I don’t have a lot of money, and I shoot you and an actor talking, it’s small, but if I shoot it with the Brooklyn Bridge in the background, it feels like a big movie.” That sort of production value isn’t free, but it’s a cheap way to make a modestly budgeted movie feel like a blockbuster.

Kolstad’s constant refrain in the book is that he wasn’t reinventing the wheel with his script, which was initially written and conceived with an older actor in mind: Clint Eastwood in his Gran Torino phase, maybe. “The idea in the screenplay, and again none of this is new, but the idea that he’s far removed from the life—he’s left it—and yet he’d go to the back porch and he could see the city in the distance. So he’s left it, but he’s still in its shadow, and they beckon each other,” Kolstad says. “That’s why we love these movies. You look at Nicholson in Chinatown—he ain’t leaving that city. That city is in him and he’s in it. And I love that kind of stuff. Westerns are the same way.”

It’s that combination of the familiar (a revenge archetype that’s been a mainstay of action cinema for years) and the revolutionary (shooting action with specific intent rather than hoping to cobble it together after the fact) that turned John Wick and its sequels into sleeper hits on home video. We have DVD, Blu-ray, and VOD sales to thank for the continuing adventures of John Wick—according to Kolstad, “it was the home video division of Lionsgate saying, ‘We need John Wick 2.'” That sequel would in turn out-earn the blockbuster hit The Fate of the Furious on home video despite grossing a billion dollars less at the global theatrical box office.

Which, in a way, brings us back to an earlier time in the history of action movies, when cheap action flicks were cranked out to fill VHS rental halls and a generation of kids desperate for something different checked out the latest Gun Fu and wirework martial arts from Hong Kong. As They Shouldn’t Have Killed His Dog ably demonstrates, John Wick has more than earned its place in the action movie pantheon.

They Shouldn’t Have Killed His Dog: The Complete Uncensored Ass-Kicking Oral History of John Wick, Gun Fu, and the New Age of Action
by Edward Gross and Mark A. Altman
St. Martin’s Press, 261 pp., $28.99

Sonny Bunch is culture editor of the Bulwark, where he hosts the podcasts Across the Movie Aisle and The Bulwark Goes to Hollywood, and is a contributing columnist at the Washington Post. 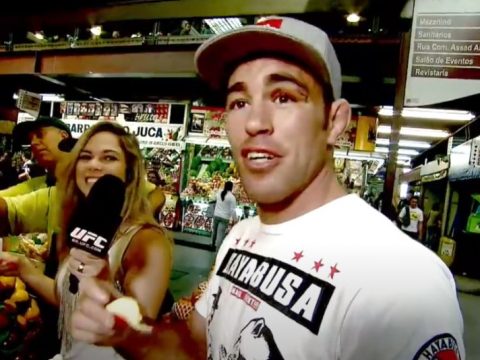