As controversy swirls, the corporate media are continuing to run interference for Lia Thomas, the male swimmer who identifies as transgender and recently won the NCAA Women’s 500-yard freestyle. But NBC’s “Today” has taken it one step further, deceptively editing a photojournalist’s pictures of the athlete to make Thomas’s masculine features look “softened.” But why?

Photojournalist Erica Denhoff told the Washington Examiner she was “disappointed” when she learned that NBC had altered photos she had taken of the swimmers to soften Thomas’s appearance.

“When I first noticed the airbrushing on the segment referenced, I thought something was honestly wrong with the video. But then, I watched it again and thought, ‘Wait a minute, this appears to be intentional. Lia’s features are softened,’” Denhoff said. “I then went to my original photo, on the sites that they could access to license the photo, and compared it and immediately saw a difference.”

The difference is glaring. Look at the actual picture of the swimmer next to NBC’s Photoshop attempt, as well as the obviously “softened” photos in the “Today” segment.

“I pride myself on providing authentic images as a photojournalist,” Denhoff said, adding, “It’s really important as photojournalists that we transmit authentic photos that have not been altered.”

Giving accurate portrayals of reality in the news is important, as all journalists should know, so why did NBC doctor the images? The reason is simple: Thomas didn’t look enough like a woman — because Thomas isn’t one.

The left’s gender orthodoxy has taken such root in media, technology, entertainment, education, and even government and the military that resistance to it is not tolerated. Professors indoctrinate from the lectern that not all “menstruators” and “birthing persons” are women. Collegiate athletic associations rewrite game rules to allow grown men in women’s sports. Supreme Court nominees claim they “can’t” define the word “woman,” top military brass are more concerned with transgender inclusivity than national security, and the president of the United States can appoint a person with an XY chromosomal pairing as secretary of health and declare him to be the “first female four-star admiral.”

Meanwhile, detractors of this groupthink are branded as bigots and transphobes and silenced on college campuses and in the workplace. Just this week, Twitter silenced satire website The Babylon Bee for stating that men are men and women are women, claiming it violated a policy against “hateful conduct.” According to that policy, the Bee either “promote[d] violence, threaten[ed], or harass[ed],” none of which were true.

But that didn’t stop the leftist thought police from demanding that a right-leaning website delete its truth statement (it didn’t), to enable the left’s gender dogma to prevail unquestioned. Big Tech couldn’t leave sex truth claims to circulate freely; you can’t permit resistance to the narrative when that narrative is so untethered from objective reality that one whisper of fact completely undoes it.

It’s for that reason that NBC couldn’t air accurate pictures of Thomas in a segment using “she” and “her” to describe the athlete’s victory over females. An unedited picture of Thomas with all the athlete’s authentic masculine features is the equivalent of a satire website correctly identifying Joe Biden’s Secretary of Health Rachel Levine as a man — it exposes the left’s gender narrative as the obvious lie that is.

The ultimate implication of all of this is that NBC does not believe its own lie that men and women are indistinguishable. After all, if it truly believed that Thomas is no different than the athlete’s female competitors, why would it need to artificially feminize the swimmer’s features?

It wouldn’t. While the censors, media networks, and other left-wing leaders can do their best to keep the flimsy, anti-science gender narrative intact, the fact is that when reality threatens to expose its falsehoods, they reveal that they know it’s a lie too. When NBC softens photos of a transgender swimmer, it admits that the truth is easy to see: Men and women are different.

Kylee Zempel is an assistant editor at The Federalist. She previously worked as the copy editor for the Washington Examiner magazine and as an editor and producer at National Geographic. She holds a B.S. in Communication Arts/Speech and an A.S. in Criminal Justice and writes on topics including feminism and gender issues, religious liberty, and criminal justice. Follow her on Twitter @kyleezempel. 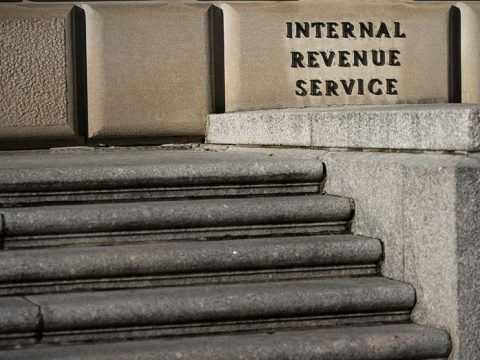