French officials are outraged by the development of the recent trilateral partnership, dubbed Aukus, between the United States, United Kingdom and Australia.

On Thursday, White House Press Secretary Jen Psaki confirmed the alliance that will help Australia acquire submarines for its Navy was not intended to snub France, who had a longstanding agreement with Australia to build them conventional submarines. Earlier this week, Joe Biden announced the pact could collectively ensure peace and stability in the Indo-Pacific region.

“We cooperate closely with France, as the president said yesterday, we have a range of shared priorities in the Indo-Pacific and that will certainly continue,” Psaki stated. “We don’t see this from our end as a regional divide. We see this as areas and security security issues that we want to take on together.”

French Foreign Minister Jean-Yves Le Drian, however, called it a stab in the back and said allies don’t do this to each other while comparing Biden to 45th President Donald Trump. French officials were furious with Australia for ending its $90 billion contract with state majority-owned DCNS to build 12 of the world’s biggest conventional submarines.

“The 🇺🇸 choice to exclude a 🇪🇺 ally and partner such as 🇫🇷 from a structuring partnership with Australia, at a time when we are facing unprecedented challenges in the Indo-Pacific region (…) shows a lack of coherence that 🇫🇷 can only note and regret.”https://t.co/ruGnJkQAWa

Although the partners never mentioned China in their agreement, some critics have said the new nuclear-powered submarine deal has everything to do with Beijing. The People’s Republic of China said the pact will damage the peace and stability in the Indo-Pacific region.

“As it relates to China, we welcome stiff competition with the PRC,” Psaki continued. “We do not see conflict.”

In the wake of the disapproval of French leaders, Australian Prime Minister Scott Morrison and Biden claimed the country was still a key partner in the Indo-Pacific region. Meanwhile, French officials were set to host a gala this week in Washington, D.C. to celebrate their alliance with the U.S. and shared victory in the U.S. Revolutionary War, but after Biden’s’ announcement it has since been cancelled.

0 8
FACT CHECK: No, This Restaurant Sign Calling People Who Wear Masks ‘Sheep’ Is Not Real 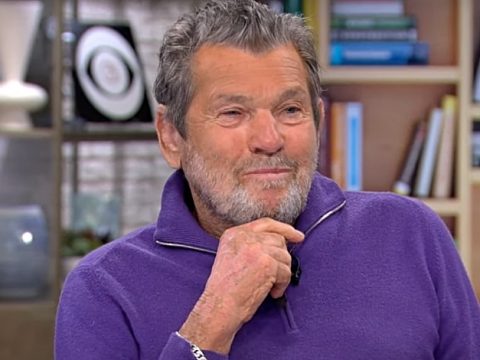