The Biden White House reportedly has “deep concerns” over a report from the World Health Organization that appeared to gloss over the Chinese origins of the novel coronavirus — and which, now, seems to have been completed without the necessary raw data from Chinese officials.

In a statement late Saturday, the White House called on China to open its books and provide data on the first days of the coronavirus pandemic, NBC News reports. The Biden Administration raised concerns, that surfaced in a New York Times report last week, that Chinese scientists refused to give WHO investigators any patient data and “urged the WHO team to embrace the government’s narrative about the source of the virus, including the unproven notion that it might have spread to China from abroad.”

“White House national security adviser Jake Sullivan said in a statement that it is imperative that the report be independent and free from ‘alteration by the Chinese government,’” NBC noted Saturday.

“Re-engaging the WHO also means holding it to the highest standards,” Sullivan said in his statement. “We have deep concerns about the way in which the early findings of the Covid-19 investigation were communicated and questions about the process used to reach them.”

“It is imperative that this report be independent, with expert findings free from intervention or alteration by the Chinese government,” he added.

As the Daily Wire’s Ashe Schow reported last week, the NYT cast serious doubt on the WHO’s report, largely exonerating the Chinese government for poor handling, poor control, and poor management of the pandemic, noting that WHO scientists were not allowed to access patient data and could not convince the Chinese government to release any information about the diseases’ spread within China before December of 2019.

“[WHO scientist Thea Kølsen] Fischer and 13 other WHO experts spent 27 days in China earlier this year in an attempt to investigate the origins of the pandemic that has killed 2.38 million people around the world. Some of the experts who were on the trip told the Times that it was clear Chinese scientists did not take kindly to the WHO team’s constant questions and requests for raw data,” the Daily Wire said. Fischer called the endeavor “highly geopolitical”

The WHO investigators told the NYT that “disagreements over patient records and other issues were so tense that they sometimes erupted into shouts among the typically mild-mannered scientists on both sides” and the “WHO scientists were frustrated by the Chinese government’s reluctance to explain how they had gathered the data, according to interviews with team members.”

“In the end,” the NYT noted, the WHO’s scientists “sought compromise, praising the Chinese government’s transparency, but pushing for more research about the early days of the outbreak in Wuhan in late 2019.”

The WHO has faced criticism before for adopting Chinese assessments of COVID-19, apparently without question. In January of last year, the WHO claimed, on Twitter, that the coronavirus did not spread from person to person, echoing Chinese statements on the matter. Reporters from The Guardian later discovered that the WHO posted the tweet “because an official worried that a WHO expert was issuing strong warnings that deviated from China’s messaging.”

The WHO told The Guardian, at the time, that it was just trying to “balance out” the “science” on COVID-19.

China has insisted that the coronavirus traveled to Wuhan from abroad, and reiterated that position in a statement Sunday, “firing back” at the Biden White House, per Reuters.

“A spokesperson for the Chinese Embassy fired back with a strongly-worded statement, saying the United States had damaged multilateral cooperation and the WHO in recent years, and should not be ‘pointing fingers’ at China and other countries that supported the WHO during the COVID-19 pandemic,” the outlet said. “China welcomed the U.S. decision to reengage with the WHO, but Washington should hold itself to the ‘highest standards’ instead of taking aim at other countries, the spokesperson said.”

0 6
These Are the Weapons the U.S. Is Sending to Ukraine

0 4
Marketmind: Powell to the people

0 4
U.S. Army Is Training Its Officers on Gender Identity While Ukraine Fights for Its Survival 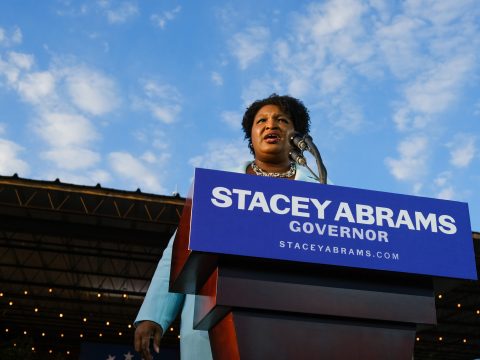