During President Biden’s Summit for Democracy last week, as a Taiwanese official was being shown on a video feed giving a slide show to members of the conference, the video feed was suddenly cut, leaving only audio, after a map in the slide depicted Taiwan in a different color than Communist China.

“Sources familiar with the matter told Reuters that Friday’s slide show by Taiwanese Digital Minister Audrey Tang caused consternation among U.S. officials after the map appeared in her video feed for about a minute,” Reuters reported, adding: “The sources, who did not want to be identified due to the sensitivity of the matter, said the video feed showing Tang was cut during a panel discussion and replaced with audio only – at the behest of the White House.”

One source “directly involved in the summit” said the White House had instructed the video booth operator to cut the video feed, asserting, “It was clearly policy concerns. This was completely an internal overreaction.”

The State Department said “confusion” over screen-sharing caused what it called “an honest mistake.” A spokesperson for the State Department claimed, “We valued Minister Tang’s participation, which showcased Taiwan’s world-class expertise on issues of transparent governance, human rights, and countering disinformation.”

The slide show featured a color-coded map from South African NGO Civicus that ranked the world’s countries vis-à-vis their record on civil rights. Taiwan was the only country in its geographic area colored green, meaning “open,” others were deemed  “closed,” “repressed,” “obstructed” or “narrowed.” Communist China was deemed “closed.”

Minutes after the cut, the moderator returned to Tang, although there was still only audio. Later the screen stated, “Any opinions expressed by individuals on this panel are those of the individual, and do not necessarily reflect the views of the United States government.”

“One source told Reuters the map generated an instant email flurry among U.S. officials and the White House National Security Council (NSC) angrily contacted the State Department, concerned it appeared to show Taiwan as a distinct country,” Reuters stated, “Washington complained to Taiwan’s government, which in turn was angry that Tang’s video had been cut.”

A spokesman for President Biden’s National Security Council protested that Reuters’ account of that had transpired was “inaccurate,” claiming, “At no time did the White House direct that Minister Tang’s video feed be cut.” Taiwan’s foreign ministry echoed that the snafu was due to “technical problems,” adding, “Taiwan and the United States have fully communicated on this technical issue, and the two sides have a solid mutual trust and a solid and friendly relationship.”

“On most U.S. Government maps that show sovereignty tints, Taiwan is to be shown with the same color as China. Exceptions can be made only when context requires that Taiwan be specifically singled out,” the State Department declares on one of its websites.

In late October, Secretary of State Antony Blinken was asked by CNN host Dana Bash, “Are you now saying that the United States would not come to Taiwan’s defense if attacked? Can you be specific, yes or no?”

Blinken dodged answering the question, instead replying, “Dana, again, what I can tell you is that we remain committed, resolutely committed, to our responsibilities under the Taiwan Relations Act, including making sure that Taiwan has the ability to defend itself from any aggression.”

“The president said specifically that the U.S. would [defend Taiwan],” Bash said. “That’s not what you’re saying, correct?”

“The president has for a long time, including when he was a senator voting for the Taiwan Relations Act, made clear that we will do everything necessary to make sure that Taiwan has the means to defend itself,” Blinken answered. 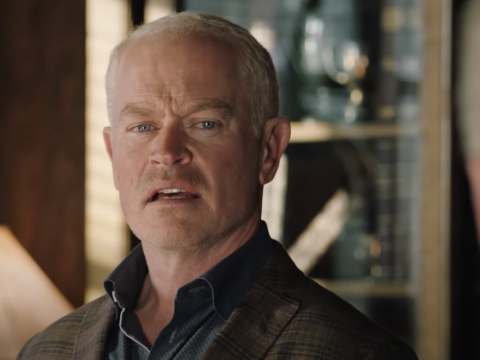