The White House responded on Monday to Twitter’s acceptance of Elon Musk’s bid to purchase the platform for $44 billion, and the potential likelihood that former President Donald Trump will be reinstated to the social media giant.

Press Secretary Jen Psaki was asked about the purchase, and if “the White House has any concern that the agreement might have President Trump back on the platform?”

In response, Psaki said “Well I’m not going to comment on a specific transaction.”

“What I can tell you, as a general matter, no matter who owns or runs Twitter, the President has long been concerned about the power of large social media platforms, the power they have over our every day lives, has long argued that tech platforms must be held accountable for the harms they cause.

“He’s been a strong supporter of fundamental reforms to achieve that goal, including reforms to Section 230, enacting anti-trust reforms, requiring more transparency, and more— and he’s encouraged that there’s bipartisan interest in Congress.

“In terms of what hypothetical policies might happen, I’m just not going to speak to that at this point in time.”

She was later asked if there were concerns about “a billionaire taking control” of Twitter, “a company where there’s already a lot of concentration of power?”

“The need for these platforms to be held accountable… I still don’t have a specific comment on this specific transaction, and at this point we don’t have any sense of what the policies will look like,” Psaki said.

This comes after tech billionaire Elon Musk bought Twitter on Monday for $44 billion, with plans to take the public company private. The concerns that spurred him to buy Twitter were primarily as regards free speech, after satire site The Babylon Bee was banned from Twitter for saying that Rachel Levine, assistant secretary of health and human services, is a man.

Levine was born male, and lived a male life, fathering children, etc., before undergoing gender transition and becoming a diversity hire within the Biden administration.

Musk is a free speech absolutist.

“Regardless of ownership, would the White House be interested in working with Twitter, like it has in the past, to continue to combat [Covid] misinformation or are we in a part of the pandemic where that kind of partnership is no longer necessary?” Psaki was asked.

In response, she said “I think we engage regularly with all social media platforms about steps that can be taken, that has continued and I’m sure it will continue. But there are also reforms that we think Congress could take, and we would support taking. Including reforming Section 230, enacting anti-trust reforms, requiring more transparency, and the President is encouraged by the bipartisan support for, or engagement, in those efforts.”

The Biden administration, it seems, does not have a free speech absolutist view.

0 63
Fear and Self-Loathing in the White House: Inside Obama’s Quest To ‘Solve Race’ With Fancy Words 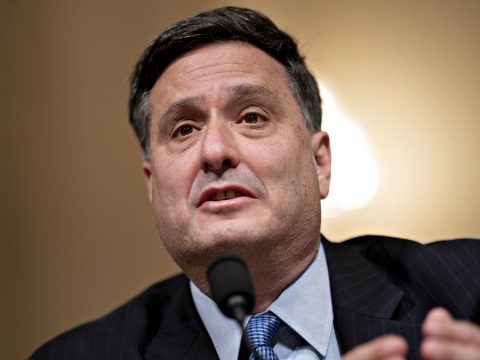