A Rhode Island teacher who raised concerns about students being taught racially divisive lessons based on Critical Race Theory (CRT) has been removed from her teaching position.

English teacher Ramona Bessinger, who was involuntarily moved from teaching at a Providence Middle School to the Classical High School following her whistleblowing, was removed from her teaching position just days after filing a police report about a threat from a student activist.

Bessinger had been harassed by members of her school district for more than a year when the activist threatened her, and she was quickly placed on administrative leave with pay, but without an explanation.

“Effective immediately you are hereby placed on Administrative Leave with Pay and removed from duty from your present position of Teacher at Classical High School pending the outcome of an internal investigation,” said the letter, which was obtained by Legal Insurrection.

Bessinger told the outlet the letter was the first she heard about being placed on administrative leave or even the internal investigation.

Providence Public School District did not respond to a Daily Wire request for comment prior to press time.

The unknown investigation is only the latest in Bessinger’s year-long saga with her school district. Her story began in July 2021, when she penned an op-ed at Legal Insurrection explaining how her school district had instituted a radical new curriculum that she said turned students and staff against white teachers.

“This past 2020/21 school year was a sad and worrisome turning point for me as an educator. Providence K-8 teachers were introduced to one of the most racially divisive, hateful, and in large part, historically inaccurate curriculums I have ever seen in my teaching career,” Bessinger wrote, adding that while the words “critical race theory” aren’t present, it’s the same concepts being taught.

The curriculum, Bessinger wrote “focuses almost exclusively on an oppressor-oppressed narrative” and wasn’t necessary because students were already taught about slavery and racism “in great depth, relying in part on the writings of great African-American authors.”

Further, Bessinger wrote that as part of the new curriculum she was not allowed to teach middle schoolers about the Holocaust. When she asked why all the Holocaust books were gone, she said she was told “we do not teach the Holocaust because kids can’t relate to the story.”

And it wasn’t just students being taught the material, Bessinger wrote, but teachers were encouraged to attend “white educator affinity groups” where they were given essays on how to avoid being a white supremacist in their classrooms.

Following her op-ed, Bessinger was apparently targeted by her school district, according to The Wall Street Journal. She was accused of allowing students to leave her classroom during a school lockdown in response to a fight between a student and staff member – an accusation Bessinger vehemently denied. The “pre-disciplinary administrative” hearing she was subjected to over the accusation followed sustained harassment from other teachers and administrators after media outlets picked up her op-ed.

She even learned that a union representative had said at a faculty meeting that teachers were circulating a petition against her. When Bessinger filed an internal complaint about retaliation and hostile work environment, she was accused of violating school protocols during the lockdown. As the Journal noted, the school would likely lose a disciplinary case against Bessinger for her op-ed, since it would be protected Free Speech, so the disciplinary hearing last year appeared to be a way around the First Amendment.

The harassment against Bessinger continued, with the school district involuntarily transferring her from the middle school to Classical High School. Instead of putting her in the classroom, she was assigned to a windowless basement for nearly a year before finally being given a classroom to teach – and only after she filed a formal grievance about her situation.

Bessinger thought her battle with the school district was over once she was informed in July 2022 she would return to teaching in a classroom.

“I have received notification that coming this fall, I will have a permanent classroom assignment at Classical High. I have been freed from the basement. I’ll be back in the classroom this September sharing literature about the Holocaust, American authors with universal messages to share, historical references and literature that reflects the greatness of America in all her flaws and perfection,” she wrote in another op-ed for Legal Insurrection.

But barely a month after she began teaching again, students and faculty came after Bessinger again, organizing a walk-out and protest against her, with students using social media to teach participants how to cover their face so they can’t be identified.

“It appears my students are being lead by activist mob teachers who tell them I am racist and transphobic. Of course nothing of the sort is true. I care deeply for all my students, and respect their individual rights, and beliefs. This is a targeted attack by the

All copyrights and legal uses attributed to content are located at the article origination: © Daily Wire, Whistleblower Teacher Threatened, Placed On Administrative Leave After Calling Out CRT 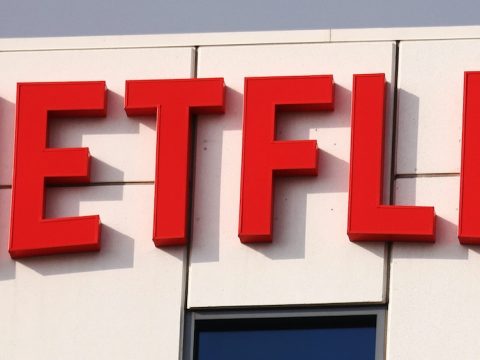