Just when you thought the Hunter Biden scandals had died in darkness, The Washington Post published more than 6,300 words on March 30 admitting that a notable fraction of his laptop contents was authentic.

Why now? Why not last year? Why did liberal outlets act like everyone expressing concern about Biden was a Trump-adoring kook?

We reported at NewsBusters that the broadcast network morning and evening newscasts went 260 days without mentioning Hunter Biden. (And it was more like 11 months of silence at ABC.) These were the same networks that frantically obsessed over one brief and failed meeting Donald Trump Jr. hosted in Trump Tower in 2016 to discuss negative information on Hillary Clinton.

Suddenly, the Post reported that Steve Bannon associate Jack Maxey had given it a hard drive from Biden’s laptop contents in June of last year. Maxey told the London Daily Mail that the Post accidentally deleted it, and he provided it again in October. So, it looks like it wasn’t overly eager to confirm the documents, certainly not in the way it confirmed the Donald Trump “Access Hollywood” tape contents in one afternoon.

The Post is also very late to acknowledge the truth in a report from Republican Sens. Charles Grassley of Iowa and Ron Johnson of Wisconsin in 2020 on the Biden family’s secretive deals in Communist China. We’re now told that “a Washington Post review confirmed many of the key details and found additional documents showing Biden family interactions with Chinese executives.”

Over the course of 14 months, the Chinese energy conglomerate CEFC China Energy and its executives paid $4.8 million to entities controlled by Hunter Biden and his uncle, James Biden. How many news anchors have talked about James Biden?

This bundle included a $1 million retainer for Hunter Biden to represent Patrick Ho, a shady CEFC official who was under investigation for a multimillion-dollar scheme to bribe leaders from Chad and Uganda. Ho was later convicted, but the Post reported that Hunter Biden “appeared to have little role representing Ho in the federal case.”

So, why the million bucks?

But back in September 2020, the Post sounded like a partisan bulletin board on this report. It began one story by reporting Grassley and Johnson “revived attacks” on Joe Biden’s son and “argued his position with a Ukrainian energy company was ‘problematic,’ but the report did not show that it influenced the then-vice president’s behavior or changed the Obama administration’s policy toward Ukraine.”

It doesn’t use this “no proof” standard as it obsesses over every leak from the Jan. 6 congressional kangaroo court.

The obvious gossip about why the Post and The New York Times would suddenly accept and confirm the reality of Hunter Biden’s laptop is because they’ve heard that the Justice Department has confirmed its reality, and they don’t want to look ridiculous if federal charges are lobbed in the probe of Hunter Biden’s finances.

But maybe, just maybe, these papers ought to grant the New York Post some respect for what it reported as reality in real time.

The Daily Signal publishes a variety of perspectives. Nothing written here is to be construed as representing the views of The Heritage Foundation.

Have an opinion about this article? To sound off, please email [email protected] and we’ll consider publishing your edited remarks in our regular “We Hear You” feature. Remember to include the url or headline of the article plus your name and town and/or state. 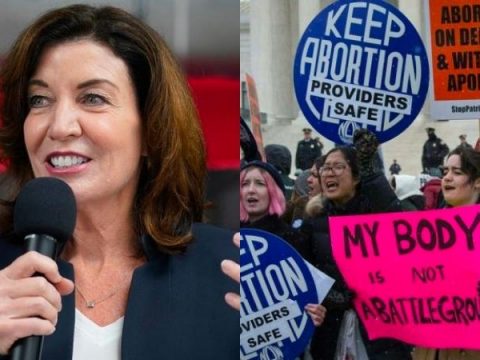