Former President Donald Trump weighed in on Russia’s Ukraine aggression ahead of President Joe Biden addressing the country on the same issue Tuesday, saying Russian President Vladimir Putin would have never took such an action during Trump’s presidency.

Trump’s statement came hours before Biden’s scheduled speech Tuesday afternoon addressing Putin’s invasion of Ukraine. Putin took the step of officially recognizing two separatist-controlled territories in eastern Ukraine as independent states Monday, and then ordered “peacekeeper” troops into the contested regions. Trump argued that Putin only made the advance because he believes Biden’s economic response will be “weak.” (RELATED: EXCLUSIVE: Ukrainian MP Tells Biden What Would Really Stop The Russians From Invading)

“If properly handled, there was absolutely no reason that the situation currently happening in Ukraine should have happened at all. I know Vladimir Putin very well, and he would have never done during the Trump Administration what he is doing now,” Trump said. “The weak sanctions are insignificant relative to taking over a country and a massive piece of strategically located land. Now it has begun, oil prices are going higher and higher, and Putin is not only getting what he always wanted, but getting, because of the oil and gas surge, richer and richer.”

“What a mess our Country is in,” he added.

Biden has vowed severe economic consequences for Russia should Putin move forward with an invasion, but some analysts argue Putin orchestrated his move to test the U.S. and NATO’s definitions of “invasion.”

“Putin has choreographed this with the hope that we and the Europeans will debate whether this is an ‘invasion’ or not,” former CIA Acting Director John McLaughlin stated Monday. “And hoping that throws us enough off balance that he will pay a minimal price for this first slice of salami.”

While Germany has already taken the step of halting the certification of the Nord Stream 2 pipeline, the U.S. has yet to unleash its threatened sanctions. Biden is set to deliver an update on the Ukraine conflict later Tuesday, however. The White House has not provided details as to what he will be announcing.

Putin also took the step of asking Russian lawmakers Tuesday to authorize him to use force outside of Russia, a formality given Putin’s control over the country. The lawmakers granted his request within hours. The authorization is yet another sign that Putin may plan to escalate the conflict with Ukraine beyond even the deployment of “peacekeeper” troops. 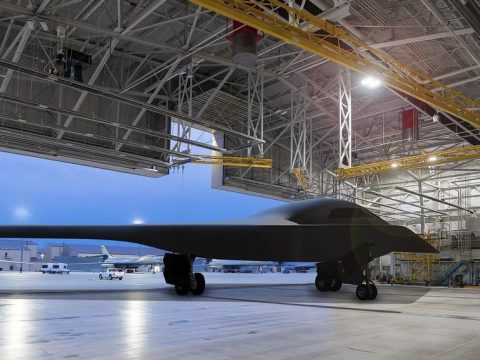