Despite his plunging poll numbers amid a slew of problems across America, President Joe Biden told the party faithful Tuesday at the Democratic National Committee’s glamorous annual holiday party that he expects Democrats to win in the 2022 mid-term elections.

“Now we look at 2022 — I want to tell my Republican friends, get ready pal, you’re in for a problem,” Biden said to applause. He later reiterated the same sentiment, saying, “Let me say this again for the press: We’re going to win in 2022. I really mean it!”

But recent polls don’t back up Biden’s claim.

According to last month’s Quinnipiac poll, which surveyed 1,378 adults nationwide from November 11-15, Biden’s job approval rating has continued its downward spiral. Among adults, just 36% approve of the president’s performance thus far and 53% disapprove. Among registered voters, 38% approve while 53% disapprove. These numbers are the lowest approval ratings Biden has seen from Quinnipiac.

The poll also foreshadowed an uphill battle for Democrats hoping to preserve or expand upon their razor-thin margins in both the U.S. House and Senate. While both Republicans and Democrats say that they’d like to see their respective parties either gain or maintain power in the legislative houses, independents appear to favor Republican control in both.

Other polls brought worse news. New surveys from Democrat Party strategists reportedly show that the party is in danger of losing big in 2022.

“What they discovered, largely through focus groups and polling, was even worse than expected,” Politico reported last month. “Less than a year ahead of midterm elections, in which even Democrats widely expect they will lose the House and, possibly, the Senate, the party is confronting an identity crisis,” the report added. “It isn’t just Biden’s cratering public approval ratings, inflation, or the precedent that the party in power typically loses seats in a president’s first midterm.”

Politico noted that one Democratic strategist who advises the party’s major donors said it is already “too late. We’re f***ed.”

Yet another poll brought disastrous news.

A Rasmussen Reports survey put out in mid-November said likely voters favor Republicans over Democrats by 13 points, 51%-38%. The survey found that Democrats are only favored over Republicans among younger voters, black people, Democrats, and liberals.

Former House Speaker Newt Gingrich said Republicans are poised to take back control of the chamber — in fact, he predicted Republicans could pick up as many as 70 seats in the House. That would top the 63-seat gain by Republicans in 2010, the height of the Tea Party movement and the highest for both parties since 1948.

Citing the winning formula used by Virginia Republican Gov.-elect Glenn Youngkin, Gingrich recently wrote, “I believe an immediate, consistent, and effective Republican application of the lessons of 2021 could lead to a 40- to 70-seat gain in the House; at least a four-seat gain in the Senate; and gains in governorships, state legislatures, and local offices including school boards next year.” 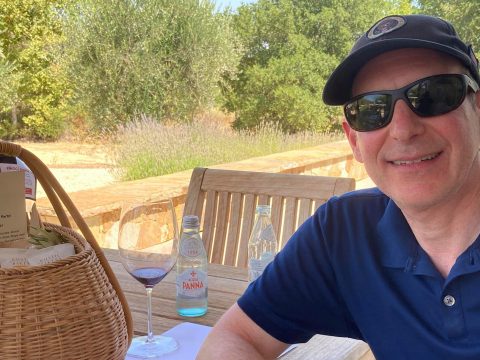