When Harry Truman left office, his approval rating stood at a dismal 31 percent. That day, he held a farewell lunch for his cabinet at the Georgetown home of his outgoing secretary of state, Dean Acheson. The private lunch was off the record, but reporters stationed outside heard gales of laughter coming from within. One of the lines that reporters did hear showed Truman’s wry awareness of his standing: “The great thing about my low approval rating is that every year it’s going to be better.”

Truman was right that his ratings would rise, but it was not an annual affair. The great increase in Truman’s reputation stemmed from the publication of David McCullough’s 1992 Pulitzer Prize-winning Truman. Now, three decades later, the historian Jeffrey Frank, author of 2013’s Ike and Dick, has a new reassessment of the 33rd president.

Unlike McCullough, Frank has written a biography of Truman’s presidency, rather than a full bio of the man. Frank’s book is shorter than McCullough’s and less hagiographic. Even at half the size of McCullough, though, it’s an informative look at Truman, as Frank knows the era well and has a gift for brandishing the revealing anecdote.

Vice President Truman was relatively unprepared to be president. An aging and ailing Franklin Roosevelt had put the senator from Missouri on the ticket in 1944, but did not take Truman into his confidence. As vice president, Truman was not integrated into White House operations and spent much of his time drinking and playing poker with his cronies on Capitol Hill. That’s where he was on April 12, 1945, when Roosevelt’s press secretary, Stephen Early, called and insisted that Truman return to the White House “as quickly and as quietly as possible.” FDR had died, and Truman was now president.

Truman called his wife Bess at their Connecticut Avenue apartment to tell her the news, and then he got to work. There was much to be done, as America was still at war. Defense Secretary Henry Stimson briefed the new president about the military’s expensive new secret weapon. Truman’s first important decision as president was to use atomic weapons to force Japan to surrender.

Truman did some great things as president. Frank lists the Marshall Plan, the recognition of Israel, the creation of the United Nations, and the establishment of the North Atlantic military alliance as some of his most important accomplishments. But Truman also had some serious setbacks. He did a mediocre job at the Potsdam conference in 1945. One of Truman’s advisers passed him a note during the talks saying, “I think Stalin’s feelings are hurt. Do be kind to him.”

Truman suffered a defeat in the 1946 congressional midterm elections, leading to widespread speculation that he was a lame duck. Even some of his fellow Democrats thought he should not finish out his term. As Frank notes, “The freshman Senator J. William Fulbright, an Arkansas Democrat, suggested that Truman appoint a Republican to secretary of state and then resign—letting the designated appointee succeed him.”

Truman declined to follow Fulbright’s advice, but he was certainly aware that his support was shallow. When he returned to Washington after Election Day, he arrived at a nearly empty platform. Acheson, then undersecretary of state, came to the station to greet Truman and “to my great surprise I found that I was the sole person on the platform. Not even a reporter was there. … I was the reception committee.” Truman would remember Acheson’s loyalty, eventually making him secretary of state in 1949.

Truman also mishandled the Korea situation. Acheson initially failed to include South Korea as part of America’s defensive perimeter, which precipitated the invasion by the North. Truman then did a poor job of managing the admittedly difficult Douglas MacArthur and let U.S. forces advance too far north, leading China to enter the war and resulting in the loss of thousands of U.S. lives. The war would eventually end in a stalemate, which likely would have happened—and with far less loss of life—had U.S. forces not tried to unite the country under the South’s leadership.

Truman also experienced an unusual amount of internal staff tensions. Although infighting takes place in every administration, Truman made some bad staffing decisions that exacerbated matters. Attorney General Francis Biddle learned that he was fired in a phone call from Stephen Early, the press secretary, leading Biddle to say, “The manner of my dismissal was abrupt and undignified.”

Likewise, Truman fired Commerce Secretary Henry Wallace—whom he had replaced as vice president—via phone call, and recalled that Wallace “was so nice about it I almost backed out!” In what Frank calls “exceptionally bad timing,” Secretary of State James Byrnes, who had clashed with Wallace, resigned in January 1947, just as Time named him its “man of the year.” Secretary of Defense James Forrestal frustrated Truman, who complained to an aide that “I’m the secretary of defense. Jim calls me 10 times a day to ask me to make decisions that are completely within his competence, and it’s getting more burdensome all the time.” Forrestal’s replacement, Louis Johnson, was a Democratic fundraiser who tried to enforce a completely unrealistic “no talking” policy between State and Defense.

Truman did not think much of Dwight Eisenhower and tried to encourage Illinois governor Adlai Stevenson to run against him. Stevenson would do so, twice, and lose both times. By this time, Truman was back in Missouri. He was obscure before becoming president, and was a largely forgotten president before McCullough resurrected his reputation. But for almost eight impactful years, Truman was president of the United States, and Jeffrey Frank’s The Trials of Harry S. Truman gives us a good window into what happened in that period.

Tevi Troy is a senior fellow at the Bipartisan Policy Institute. He is a former White House aide and the author of four books on the presidency, including, most recently, Fight House: Rivalries in the White House from Truman to Trump. 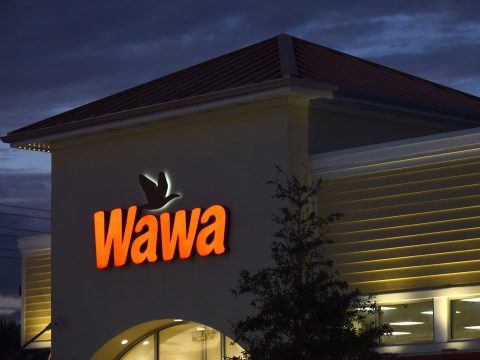