A key data tracker used by a branch of the Federal Reserve indicates that the United States economy is showing the negative growth seen in the first quarter continued, meaning the U.S. economy is already in a recession.

On Friday, CNBC reported that the Atlanta Federal Reserve’s GDPNow tracker — a tool that monitors and reports economic data in-real time  — estimated that U.S. second-quarter growth shrank by 2.1%. On Thursday, GDPNow estimated that growth in the second quarter shrunk by 1.6%. A recession is defined as two consecutive quarters of negative GDP growth.

“GDPNow has a strong track record, and the closer we get to July 28th’s release [of the initial Q2 GDP estimate], the more accurate it becomes,” Nicholas Colas, co-founder of DataTrek Research said, according to CNBC.

“Coupled with the first-quarter’s decline of 1.6%, that would fit the technical definition of recession,” the business media outlet added.

Former Treasury Secretary Lawrence Summers told the media on Friday that there is an increasingly likely risk of a recession.

“The risks of a 2022 recession are significantly higher than I would have judged six or nine weeks ago,” Summers said during an interview on Bloomberg Television’s “Wall Street Week.”  “If the economy did go into recession in the next six to nine months, then you’d probably see a reduction in inflationary pressures,” he added.

The predictions come as the U.S. is experiencing record-high inflation alongside unprecedented monetary policy by the Federal Reserve in an effort to get surging prices under control. A recession compounded by inflation is known as “stagflation.”

In May, inflation rose to 8.6% in the U.S. In an effort to tame rising prices, the Federal Reserve began hiking interest rates — most recently through a 0.75% increment that represented the boldest move to battle inflation in nearly three decades. Rate hikes increase the cost of borrowing capital, thereby tightening business investment and consumer activity. Earlier in June, Federal Reserve Governor Christopher Waller warned that efforts from the central bank to tackle higher price levels would lead to higher unemployment.

On Wednesday, Federal Reserve Chairman Jerome Powell said that fixing inflation will “highly likely” involve some pain for the American people, but said failing to address it would be even worse for the nation and the economy.

During a panel at the European Central Bank forum, host Francine Laqua asked Powell, “If you’re speaking out to the American people to try and help them understand how long it will take for, you know, monetary policy to go back to something that resembles normalcy … what would you tell them?”

“I would say that we fully understand and appreciate … the pain people are going through dealing with higher inflation, that we have the tools to address that and the resolve to use them, and that we are committed to and will succeed in getting inflation down to two percent,” he responded.

“The process is likely, highly likely to involve some pain, but the worst pain would be from failing to address this high inflation and allowing it to become persistent,” Powell added.

All copyrights and legal uses attributed to content are located at the article origination: © Daily Wire, We May Already Be In A Recession, Key Fed Tracker Shows 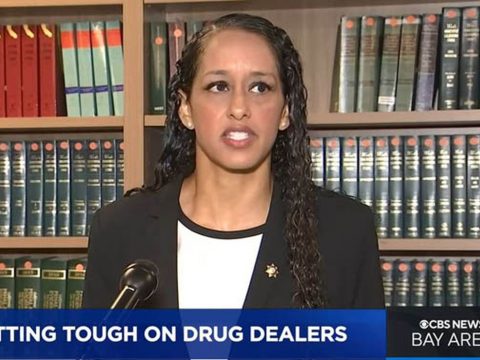