Fifteen out of 50 Republican Senators were willing to define “woman” when questioned by the Daily Caller, while some government officials, including all 50 Senate Democrats, have apparently stayed silent about their definition of the word.

Zero out of 50 Democratic Senators responded to the Daily Caller’s inquiry. (RELATED: Not A Single Senate Democrat Is Willing To Define What A Woman Is)

“This is commonsense — as a father and grandfather — there are women and there are men,” Republican Iowa Sen. Jim Inhofe said. “Anyone who refuses to answer that question is without a doubt seeking to defend far-left radicals who are trying to upend America’s values.”

Republican Sens. Ted Cruz of Texas and Marsha Blackburn of Tennessee said a woman is defined by “two X chromosomes,” with Cruz adding “homo sapien” as a qualifier.

“It is bizarre we have reached a point where the definition of a woman would be in doubt. But if need be, Merriam Webster defines a woman as ‘an adult female human being.’ I do not believe we should be trying to redefine that,” Republican Wisconsin Sen. Ron Johnson said.

“The beautiful thing is I don’t have to, God already did it,” Cramer said to CNSNews.

Some of the responses included criticism of Judge Ketanji Brown Jackson, then-nominee for Supreme Court Justice, for dodging the question during her hearing. Jackson responded with “I’m not a biologist” when pressed to define “woman” during her hearing by Blackburn.

“You don’t need to be a biologist to answer this question. A woman is born with two X-chromosomes,” Republican Iowa Sen. Charles Grassley said.

Republican Oklahoma Sen. James Lankford referred to a statement he made previously about Jackson’s answer.

“It is about biology. Ironically she stumbled into the exact right issues. It’s basic biology, basic anatomy. That any sixth grader could actually get right…” Lankford said in an interview on the Brian Kilmeade Show.

Lankford added the “crazy far-left” doesn’t “state the obvious” because “they have their own agenda,” and that the inability to define “woman” affects girls that are competing against biological men in sports.

Most Americans can tell you what a woman is – it’s not difficult. But Judge Ketanji Brown Jackson was totally unable to define what a “woman” is last week. It is a clear sign she is likeminded with the far left on issues involving the transgender movement.

“It’s unlikely that Judge Jackson is actually unknowledgeable on these topics,” Republican Kansas Sen. Roger Marshall said, referring to Jackson’s unwillingness to define “woman” and if she knew whether a baby could feel pain at 20 weeks in the womb.

“These were glaring examples of her inability to go against the positions taken by the radical left and activists that pushed her resume to the top,” Marshall added, adding that his experience delivering babies as an OBGYN confirms that a woman is defined as “having two X chromosomes.”

“Can you imagine if you were out deer hunting and had a doe tag and shot a buck? The game warden shows up and asks ‘why did you shoot a buck?’ Can you imagine replying ‘I didn’t know. … I’m not a biologist.’ Ridiculous,” Republican Montana Sen. Steve Daines said.

Republican Louisiana Sen. Bill Cassidy referred the Daily Caller to his statement to why he would vote no for Jackson’s nomination, which claims that Jackson is supported by those who want an activist judge.

“President Biden chose Judge Jackson precisely because she is not a strict constructionist and because she had the strong support of those who prefer an activist judge. It is for these reasons that I will vote no,” Cassidy said.

Republican Sens. Marco Rubio of Florida, Cindy Hyde-Smith of Mississippi and Joni Ernst of Iowa also referred to their statements against Jackson’s nomination.

“I do not support nominees who believe the job of the Supreme Court is to make policy rather than apply the Constitution as written,” Rubio wrote.

“Judge Jackson’s record indicates a readiness to legislate from the bench, at times in a manner that risks some of the basic freedoms that are at the core of our Constitution. Such activism, for example, has threatened free speech rights and other individual American liberties,” Hyde-Smith said.

“Well folks, I’m not a biologist either, but it seems pretty common sense to me. … While I’m grateful Judge Jackson believes science is the basis for determining a woman, I’m deeply concerned that a fellow woman, who is set to define the contours of laws that are specific to women, has to even think about an answer to that question,” Ernst said.

Every other Republican Senator did not provide a definition despite receiving multiple requests.

0 4
Biden Forgets What He Said 20 Seconds Prior 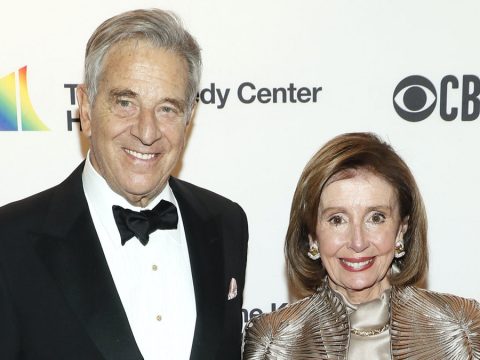