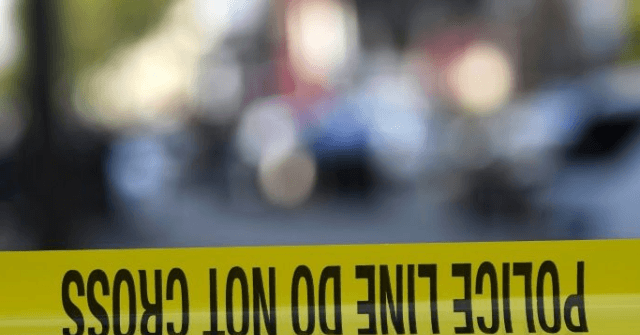 Video footage posted Wednesday showed the incident that resulted in a 21-year-old man being killed recently in the Bronx.

A teen girl was also hurt during the drive-by shooting, Pix 11 reported Wednesday.

The clip shows three masked suspects shooting from a black BMW that came alongside a parked car.

“The gunmen struck 21-year-old Sergio Jimenez in the head — first responders found him slumped over the driver’s seat of his vehicle and pronounced him dead on the scene, police said,” according to the outlet.

One suspect wearing a red mask emerged from the black car’s sunroof as a second individual stood on the right side of the car and a third person appeared to be in the back seat.

Moments later, the suspects got back into the vehicle and drove away.

Authorities explained officers responded at approximately 10:15 p.m. regarding a 911 call of two individuals being shot near the corner of East 171st Street and Townsend Avenue in the Mount Eden area.

“An 18-year-old girl, who was seated in the passenger seat, suffered gunshot wounds to her hand and back. She was taken to an area hospital by private means, authorities said. Her condition is described as being stable,” the Pix 11 article read.

NYPD on scene of 21y/o man shot and killed while driving a BMW at East 171 St & Townsend Ave in the Bronx; 18y/o female passenger shot in her back & hand is expected to survive. Shooting happened 10pm last night @ABC7NY pic.twitter.com/vZoKdI21Ma

So far, no arrests have been made, the Daily Mail reported Thursday.

The young man’s father, whose name is also Sergio, said he suspected the gunmen were neighborhood rivals who threw a brick at the family’s house not long ago.

“He knew he was being threatened,” the father commented. “And they knew where he lived. The threats were to such an extent that he wanted to change apartments.”

Police said Jimenez had prior arrest records and was also wanted for a misdemeanor assault last year. The injured passenger did not have a criminal record.

Officials reportedly found Jimenez with a gun in his hoodie.

“It was the second shooting to take place in the Bronx on Sunday after Robert Brown, 62, was shot and killed in broad daylight while sitting on a bench in Aqueduct Walk, a park in University Heights,” the Mail report said.