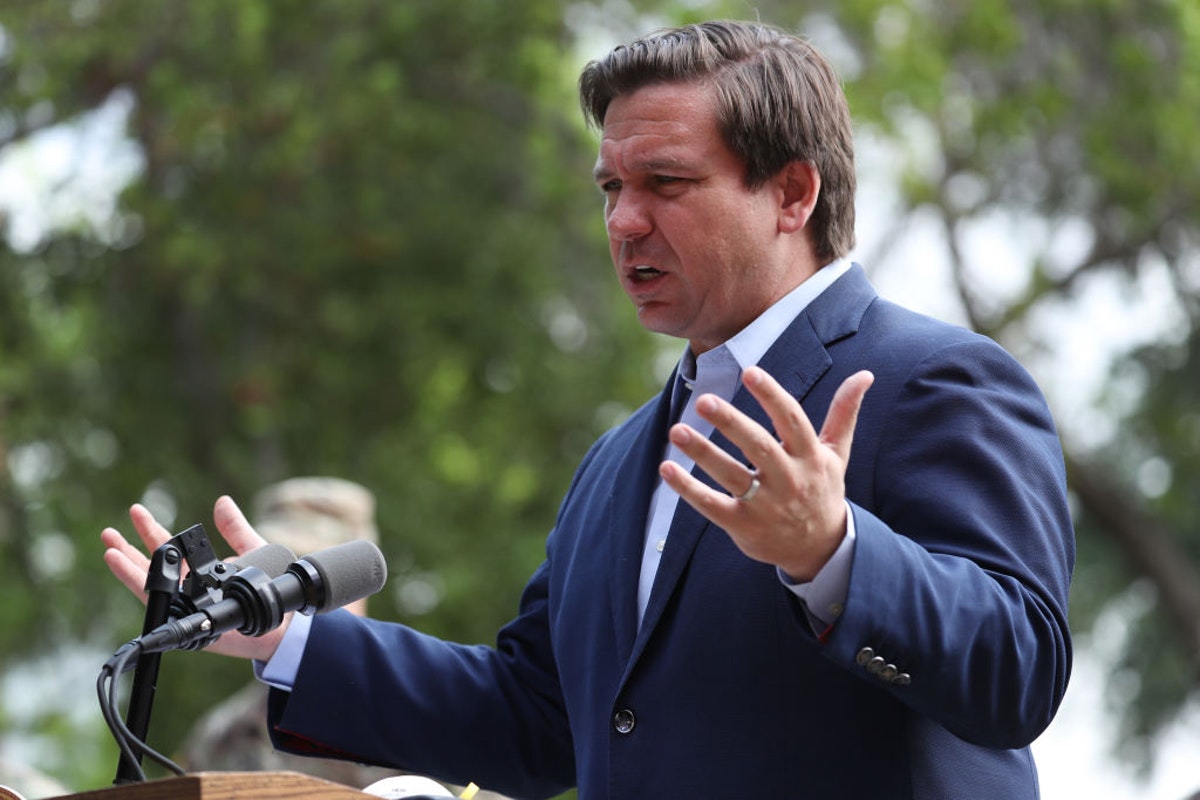 Speaking on Fox News’ “Life, Liberty and Levin” with host Mark Levin on Sunday, Florida GOP governor Ron DeSantis took aim at President Biden regarding his policies on school closures, charging, “It’s a pathetic failure of leadership to not stand up for these kids and for these families.”

Levin prompted DeSantis by saying: “Here’s my concern: Florida is not some little state like Delaware where the president comes from, no offense. It is a massive state with a diverse population. You’ve got metropolitan areas; you’ve got suburban areas; you’ve got rural areas; you’ve got people pouring into your state every day to move there; you’ve got a huge school system in Florida. Well, isn’t that a perfect example? Look at what’s going on in Florida. No, there isn’t a massive outbreak of the virus in the classrooms with the teachers or the students. That’s the data. That’s reality. Look at California. The whole damn thing is shut down. Look at New York. The whole damn thing is shut down. Isn’t this common sense at this point?”

“Without question. and the numbers are very clear if you look at the pediatric cases up to (age) 17,” DeSantis replied. “California per capita is higher than Florida, and they’ve had schools closed. And I think the reason is, is when kids do get infected, it’s usually not in school. It’s usually in the community. So having them do virtual [learning] doesn’t solve that problem at all.”

“So the evidence is very clear at this point, Mark,” DeSantis continued. “This is just purely being subservient to a special interest and Biden has been one of the worst in it, because when he says, ‘My goal is to get 50% of the schools in person in 100 days,’ we’ve already had that. His goal should have been yesterday to get everybody back in school, but he can’t do that because he doesn’t want to upset the teachers’ unions. It’s a pathetic failure of leadership to not stand up for these kids and for these families.”

“And you know, Mark, the kids that are the most impacted and the families that are the most impacted are the low income, blue collar middle class kids,” DeSantis added. “The wealthy sons and daughters of, say, elected officials and other powerful people, they’re sending their kids in person in private schools, but they’re not affording that right to the folks who need to go to the public school system.”

Asked by Levin what was the data on people moving to Florida during the pandemic, DeSantis replied: “I think it’s getting hard to keep track of because it’s just happening at such a fast clip. And these are folks — people want to move their businesses here, people want to retire here, as always, but they’re wanting to do that at faster clips — but, Mark, we had families move just because our schools were open, because maybe their son played football and you couldn’t play football in the lockdown states. Maybe they just needed to get the kids in the classroom. So there was a whole host of reasons.”

He continued: “When people come from lockdown states, they remark about people in Florida are just happier. It’s a much more vibrant society, and I think the lockdowns have really a done a lot of damage in terms of psychology and mental health in some of those places. They’ll be people that’ll visit here who can’t believe we have schools open or can’t believe we are playing football or basketball or all these other things.”

DeSantis said some people had compared arriving in Florida from a lockdown state to fleeing from behind the former Iron Curtain to the West: “Some have even said, it’s kind of like you’re landing in West Berlin from coming, because it’s so much different.”

A native of Florida, DeSantis was recruited by Yale University where he played baseball for four years, then attended Harvard Law school before being commissioned in the Navy as a Navy JAG officer. Serving stateside and then in Iraq, he segued to serving as a federal prosecutor before being elected to Congress in 2012 before his election as governor in 2018.

.....Continue  at The Daily Wire, WATCH: ‘It’s A Pathetic Failure Of Leadership To Not Stand Up For These Kids’: DeSantis Blasts Biden On Subservience To Teachers’ Unions