Teen climate activist Greta Thunberg has implied that the West owes a “historical debt” to countries in the Global South to drastically reduce carbon emissions due to the legacy of colonialism.

Speaking at a Fridays for Future youth protest in Glasgow, Scotland, on the fringes of the United Nations COP26 climate conference, 18-year-old Thunberg said: “The climate and ecological crisis, of course, does not exist in a vacuum. It is directly tied to other crises and injustices that date back to colonialism and beyond.

“Crises based on the idea that some people are worth more than others and therefore have the right to exploit others and steal their land and resources.”

The teen climate activist continued by implying that the climate crisis cannot be solved without confronting these “injustices”, saying: “It is very naive of us to think that we can solve this crisis without addressing the root cause of it.”

She then alluded to the West, using the increasingly popular term ‘Global North’ to describe the developed world — compared to the ‘Global South’, which is also being used more frequently in recent years to discuss climate change and ‘decolonising’ the alleged crisis — having a “historical debt” to the countries it colonised, which she says are on the “front line” of the “climate crisis”.

Thunberg said in footage taken by Breitbart London: “But this is not going to be spoke about inside the COP. It’s just too uncomfortable. It’s much easier for them to simply ignore the historical debt that the countries of the Global North have towards the most affected people and areas.”

The 18-year-old then accused the “people in power” of living in “their bubble filled with their fantasies” while “the world is literally burning, on fire, and while the people living on the front lines are still bearing the brunt of the climate crisis”.

This is not the first time the issue of alleged manmade climate change have intersected with so-called social justice and historical colonialism, with both Black Lives Matter (BLM) and Extinction Rebellion (XR) activists rallying together for a “reparations rebellion” protest in September 2020, demanding recompense from large British institutions like the Lloyd’s of London bank for their part in the slave trade. 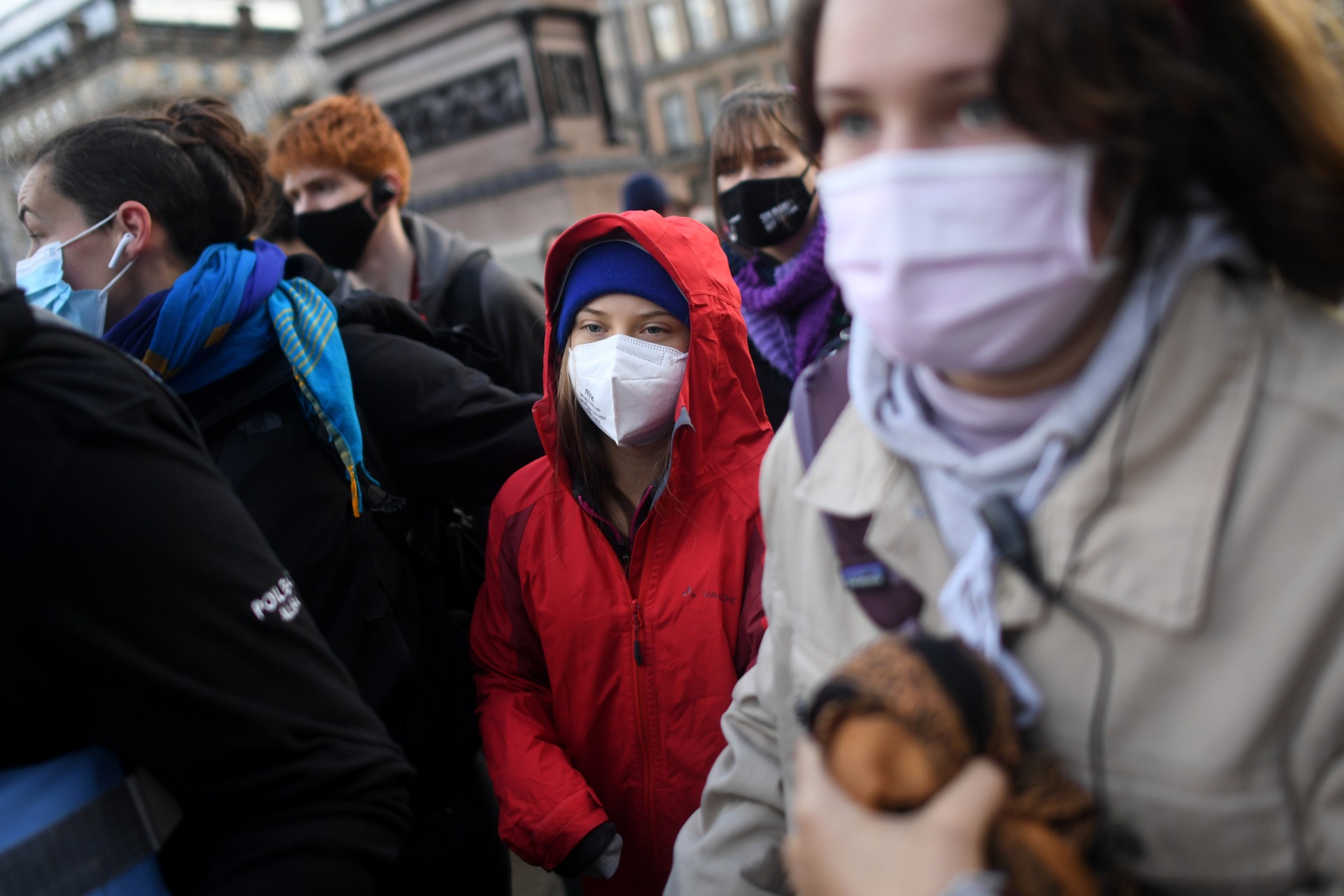 GLASGOW, SCOTLAND – NOVEMBER 05: Greta Thunberg (C) joins demonstrators during the Fridays For Future march on November 5, 2021, in Glasgow, Scotland. Day Six of the 2021 climate summit in Glasgow will focus on youth and public empowerment. Outside the COP26 site, on the streets of Glasgow, the “Fridays For Future” youth climate movement hold a march to George Square in the centre of Glasgow where popular youth activists will address the crowd. The 26th “Conference of the Parties” and represents a gathering of all the countries signed on to the U.N. Framework Convention on Climate Change and the Paris Climate Agreement. The aim of this year’s conference is to commit countries to net-zero carbon emissions by 2050. (Photo by Peter Summers/Getty Images)

On Friday, Thunberg also branded the United Nations COP26 climate conference an intentional “failure” and a “PR event”, because world leaders would not agree to “drastic”, society-altering emissions cuts.

“The COP is turning into a PR event, where leaders are giving beautiful speeches and announcing fancy commitments and targets while behind the curtains the governments of the Global North countries are still refusing to take any drastic climate action,” Thunberg said.

Referring to the climate conference as a “Global North greenwash festival” and “a two-week-long celebration of business as usual and blah blah blah“, Thunberg complained that world leaders did not agree to impose carbon targets so severe that they would drastically alter Western society.

“To stay below the targets set in the Paris agreements, and thereby minimising the risks of setting off irreversible chain reactions beyond human control, we need immediate, drastic, annual emissions cuts, unlike anything the world has ever seen.

“And as we don’t have the technological solutions that alone will do anything even close to that, that means we will have to fundamentally change our society,” she claimed. 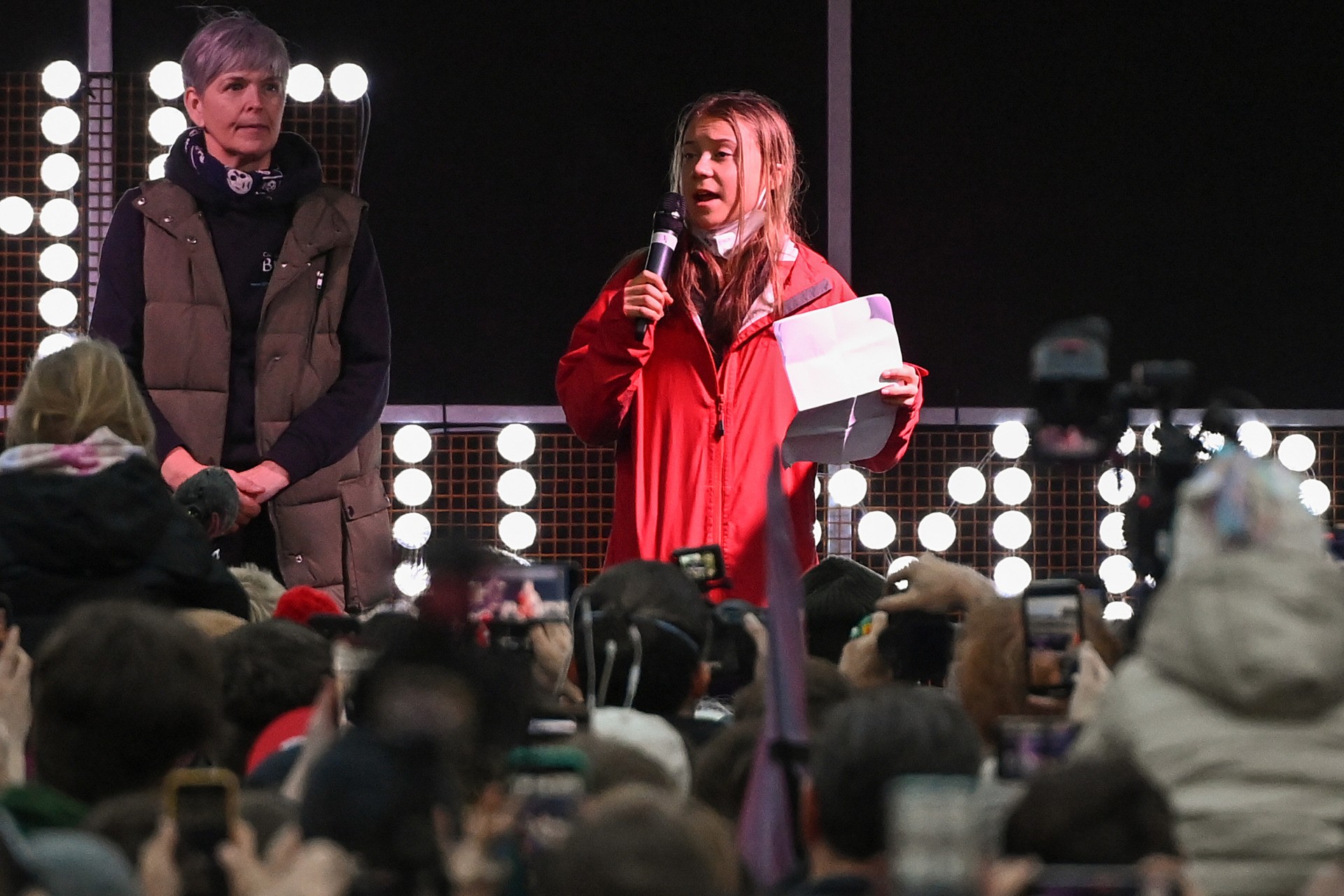 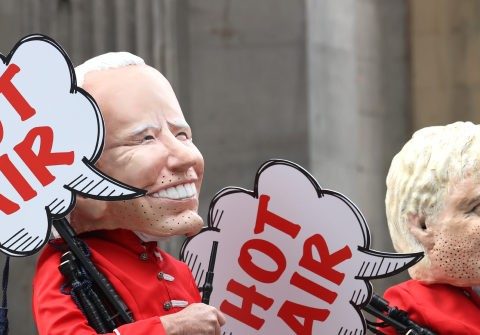 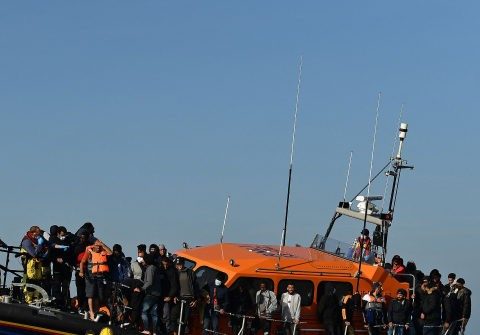 0 277
Migrant Arrivals Around TRIPLE that of 2020, Majority of Voters Think Tories Are ‘Too Soft’ on Crisis 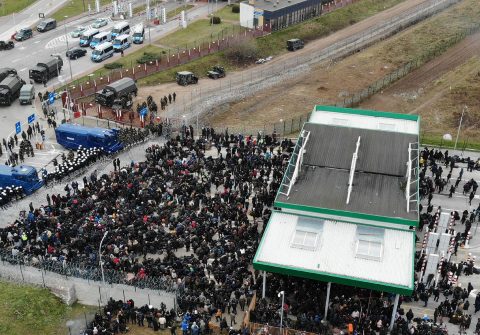 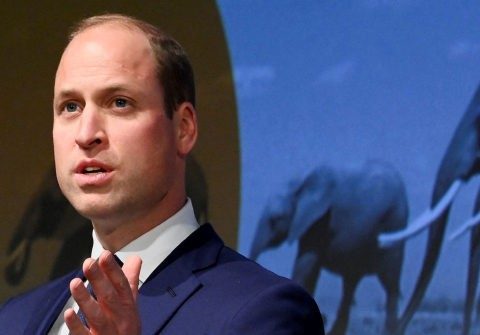