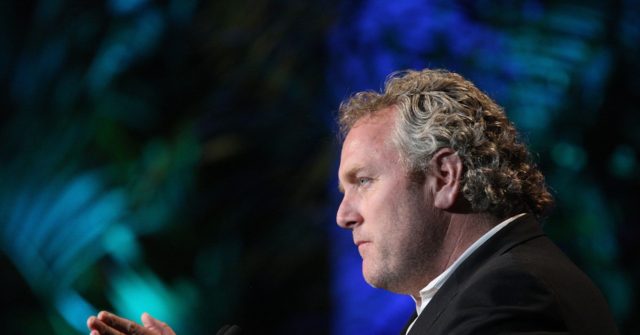 “War: A Tribute to Andrew Breitbart,” featured Boyle alongside radio host Larry O’Connor, Project Veritas founder James O’Keefe, and Turning Point USA Founder and President Charlie Kirk, all of whom exchanged stories about the influence Andrew Breitbart had on their life and on the conservative movement as a whole.

Andrew Breitbart “changed the way that conservatives fight the left,” Kirk said during the panel discussion, emphasizing that he “fought to win.”

Boyle doubled down on that note, adding Andrew “also had this understanding of the institutional flaws of the establishment media,” including the stories they cover and do not cover.

But in the time frame since Andrew passed away, nearly ten years, conservatives “built these things into a strong institution that didn’t exist before” — citing organizations such as Breitbart News, Turning Point USA, and the efforts of Larry O’Connor and James O’Keefe.

“Frankly ..  just Breitbart in the last three months alone, we beat the New York Times, the Washington Post, the Hill, and Politico, combined,” he said, noting that the similar trends are happening at other places as well, besting the establishment media.

“Again, these institutions wouldn’t have existed had Andrew not paved the way for all of us,” Boyle emphasized, later recalling the days conservatives would not even bother to fight the culture war. However, in the years since Andrew’s passing, that has changed, as the culture war is an integral part of the conservative movement, he said.

“If anything, Andrew Breitbart is still winning the war. It’s an ongoing war. … his vision is winning the war for the hearts and soul” of the movement and America, Boyle added.