The move continues to fuel speculation regarding a potential presidential run by the West Coast leftist.

“It’s Independence Day. So let’s talk about what’s going on in America,” Newsom says in the thirty-second spot. “Freedom is under attack in your state.”

“I urge all of you living in Florida to join the fight — or join us in California, where we still believe in freedom: freedom of speech, freedom to choose, freedom from hate, and the freedom to love,” Newsom concluded. “Don’t let them take your freedom.”

The ad is being paid for by Newsom for California Governor 2022. According to the Los Angeles Times, it is Newsom’s first television spot of the general election. It is scheduled to run on Florida’s Fox News cable zones beginning on Independence Day.

According to a new CNN report, Newsom believes DeSantis will run for president.

Dave Abrams, a spokesperson for Florida Republican Governor Ron DeSantis’ campaign, told The Daily Wire, “Gavin Newsom might as well light a pile of cash on fire. Pass the popcorn for his desperate attempt to win back the California refugees who fled the hellhole he created in his state to come to Florida.”

“The people of Florida pay no mind to the pathetic smear campaigns from the Democrats and their allies in the corporate media. We’re too busy enjoying the freedom Governor Ron DeSantis has created in the Sunshine State,” Abrams added.

The bold television launch has some speculating Newsom could have his eyes set on a White House run for 2024.

“Gavin Newsom had to know that this would signal that people would interpret or misinterpret his actions as presidential campaign ambitions,” James Taylor, USF’s Political Science professor, told NBC 4 Los Angeles on Friday.

“After the recall, Newsom got stronger, and I suggested off the bat that it strengthened his position to run for national office,” he said.

Newsom has recently downplayed his interest in a 2024 run for the Oval Office. However, SF Gate quoted Nathan Click, a spokesperson for Newsom’s re-election campaign, saying, “stay tuned,” when asked about the California governor’s future plans.

0 5
Sen. Bernie Sanders: US Must Back Israel, But Also Be 'Pro-Palestinian' 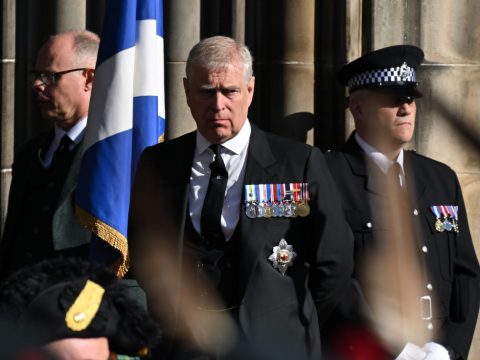