Russia’s invasion of Ukraine has laid bare reliance on Vladimir Putin’s oil and gas exports but the damage does not stop there. In the invaded country itself, the “breadbasket of Europe,” farming operations have virtually shut down which could drive  global food shortages.

And both Russia and Ukraine represent the third and eighth-largest exporters of wheat, respectively.

Those shortages, however, go beyond oil and gas and even food. Russia is also the world’s largest exporter of crop fertilizers.

Tom James, CEO and co-founder of TradeFlow Capital, addressed the consequences of turmoil in Eastern Europe and how technology can make a difference in the supply chain.

Residents plant a plot of land for their household on March 26, 2022 in Humnyska, Ukraine. Russia’s invasion of Ukraine has disrupted its farming industry in manifold ways, most acutely in the south east of the country, delaying seed deliveries and creating shortages of fuel, fertilizer and other supplies. (Joe Raedle/Getty Images)

James called for a policy like the Marshall Plan that was put in place after World War II to foster cross-border trade:

Last year, over half of the trade finance applications were rejected by banks simply because they lacked the data needed. In order to lubricate global trade and facilitate and smooth the global supply chain, governments should invest in digital tools, from IoT sensors and cloud computing. This will provide enterprises with the relevant information required to receive much-needed export and import funding in order to trade in commodities, such as fertilizer and grains, across borders.

Many in the commodity trade thought COVID-19 would promote change in the supply chain planning and digitization of international trade documents, given the issues that were faced with pieces of paper not getting delivered during COVID lockdowns. It seems the pandemic did not trigger the industry-wide adoption of digital trade documents everyone was expecting.

Strong government leadership in adopting electronic transaction law to support digitization is required. Some countries like Singapore have already adopted the UNCITRAL Model Law on Electronic Transferable Records (MLETR), which enables the creation and use of transferable documents or instruments, such as electronic bills of lading (eBLs). These documents are vital for international trade.

James wrote the shortages are not limited to Europe. Africa, Asia, and Middle East also will be affected — up to 90 percent of Lebanon’s wheat and cooking oil comes from Ukraine and Russia and in that country food inflation has grown by 1,000 percent.

African countries imported about $4 billion of agricultural products from Russia in 2020 and Ukraine is Indonesia’s second-largest importer of wheat, according to the report. 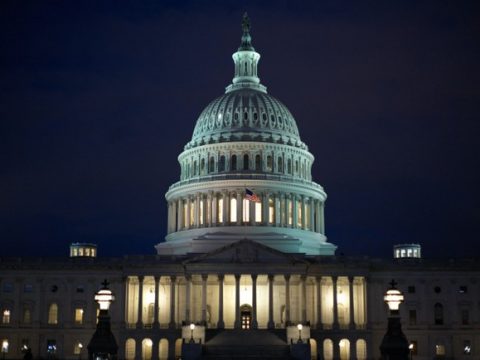 0 27
Kevin McCullough: Why The Shellacking Cometh