Russian President Vladimir Putin reportedly warned French President Emmanuel Macron that the West has ignored Russia’s security concerns, and that the ongoing standoff regarding the amassing military powers along the border with Ukraine had not yet been resolved.

“US and NATO responses did not take account of such key Russian concerns as preventing NATO expansion, non-deployment of strike weapons systems near Russian borders, or returning the alliance’s military potential and infrastructure in Europe to positions existing in 1997,” a Kremlin readout of the call said, according to BBC News.

As previously reported by The Daily Wire, President Joe Biden spoke with Ukrainian President Volodymyr Zelensky to discuss the potential military conflict between Ukraine and Russia. According to a report citing anonymous sources, the call “did not go well.”

CNN first reported the story on Thursday evening, causing both the White House and the Ukrainian government to respond and dismiss any anonymous leaks about the call as “completely false.”

“On the call, which the Ukrainian official described as ‘long and frank,’ Biden warned his Ukrainian counterpart that a Russian attack may be imminent, saying that an invasion was now virtually certain, once the ground had frozen later in February, according to the official,” The Daily Wire explained. “Zelensky, however, said his position was that the threat from Russia remains ‘dangerous but ambiguous,’ and it is not certain that an attack will take place, the official said.”

Following concern regarding the call, in an attempt to set the record straight, the White House released the following readout of Zelensky and Biden’s phone call:

President Joseph R. Biden, Jr. spoke today with President Volodymyr Zelenskyy of Ukraine. President Biden reaffirmed the readiness of the United States along with its allies and partners to respond decisively if Russia further invades Ukraine.

He also underscored the commitment of the United States to Ukraine’s sovereignty and territorial integrity. President Biden noted the United States has provided Ukraine with over half a billion dollars in development and humanitarian assistance in the last year and is exploring additional macroeconomic support to help Ukraine’s economy amidst pressure resulting from Russia’s military build-up.

President Biden made clear that despite the departure of American family members of embassy personnel, the U.S. Embassy in Kyiv, remains open and fully operational.

The leaders discussed coordinated diplomatic efforts on European security, underscoring the principle of “nothing about Ukraine without Ukraine.”

President Biden relayed the United States’ support for conflict resolution efforts in the Normandy Format, expressing his hope that the sides’ recommitment on January 26 to the terms of the July 2020 ceasefire will help decrease tensions and advance the implementation of the Minsk Agreements.

The United States Embassy is now officially advising all Americans in the Eastern European nation to leave the country either via commercial travel or private means.

The U.S. Embassy released a statement Wednesday morning telling Americans that “the security situation in Ukraine continues to be unpredictable due to the increased threat of Russian military action and can deteriorate with little notice.” 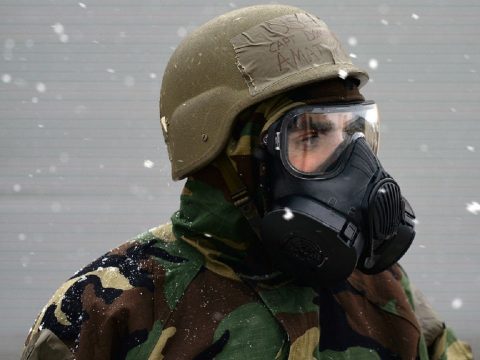 0 73
The History of the Now-Defunct US Bioweapons Program

0 20
McAuliffe: Parents Should Not Pick School Books — 'We Have Experts' Who Do That 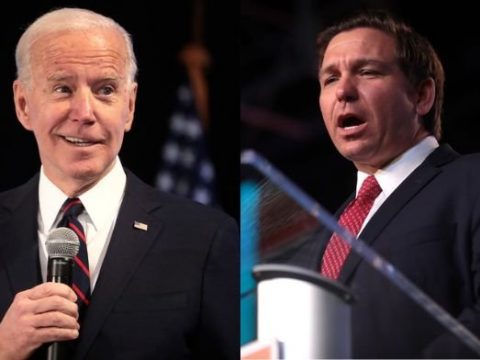