The Virginia Department of Education (VDOE) is finishing model policies for school districts to give parents notice about lessons featuring “sexually explicit content,” according to the Richmond Times-Dispatch.

VDOE policy requires schools to post all “sexually explicit content,” including all materials used for the lessons and curriculum, on the school’s website and also requires parents to be alerted at least 30 days before the lessons take place. The policy says it is designed to help parents make decisions for their children “in accordance with their customs, faith and values.” (RELATED: Virginia Teacher Training: Kids Don’t Need Permission To Change Their Names, Pronouns)

“Additionally, local school boards should develop policies that provide parents the opportunity to change their decision by providing notice to the school,” it says.

Virginia Governor Glenn Youngkin gives the inaugural address after being sworn in as the 74th governor of Virginia on the steps of the State Capitol on January 15, 2022 in Richmond, Virginia. (Photo by Anna Moneymaker/Getty Images)

The American Civil Liberties Union of Virginia argued that the model policy will “lead to classroom censorship,” according to an Aug. 2 comment sent to VDOE Superintendent Jillian Balow.

“As drafted, the proposed model policies codify and force all Virginia school districts to adopt this anti-free speech practice and will only exacerbate an alarming trend toward classroom censorship, all while denying students the opportunity to be inspired by stories of people from all walks of life trying to live authentically in school curriculum, ” the letter says.

Teachers and parents sued the Harrisonburg City Public School Board in Harrisonburg, Virginia, in June over the “Gender Transition Action Plan” which hides a student’s gender identity from parents. Parents voiced concerns after Marshall Elementary in Manassas, Virginia, featured a children’s book about a gay relationship during a library story time in June.

The VDOE and the ACLU of Virginia did not immediately respond to the Daily Caller News Foundation’s request for comment.

0 6
This Is Priority Number One for NATO 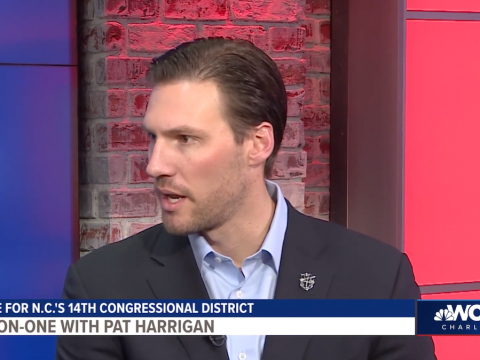 0 24
Shots Fired At Family Home Of Republican Congressional Candidate While His Children Were Inside: Report