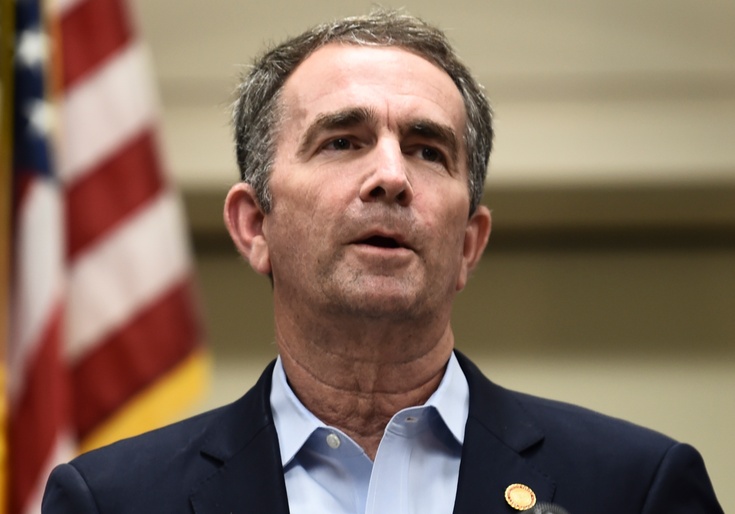 A law passed by Virginia Democrats last year that exempts public school officials from reporting certain sexual crimes to the police has become a political liability ahead of November’s statewide elections.

In the wake of two high-profile sexual assault cases in Loudoun County Public Schools, one concerning an alleged rape in a high school bathroom, Republican candidates are hammering Democratic incumbents, including Gov. Ralph Northam, for passing and signing House Bill 257. The law excuses school officials from reporting instances of sexual battery and other violent offenses that do not meet the threshold of a felony to the police.

“While the attacks that occurred in Loudoun County Public Schools were felonies that still required reporting, Gooditis’s reckless vote sent a message to victims that their being groped, molested, or abused isn’t as important as it was a couple years ago and tells potential predators that consequences have diminished,” Clemente told the Washington Free Beacon. “They are trying to deny, deflect, and hide from this dangerous bill, but voters are intelligent and will hold them accountable.”

Education-related issues, from pandemic school closures to progressive racial and gender ideology in the classroom, became a top priority for candidates this election cycle. The rape and assault cases in Loudoun County further ignited Republican candidates just weeks before the November elections, where they hope to take back control of the Virginia General Assembly and governorship.

Mike Mullin, the bill’s sponsor, and six of his Democratic colleagues who cosponsored the bill did not respond to requests for comment regarding the law and the cases in Loudoun County schools.

Jordan Gray, a Republican who’s running against Mullin, called on the delegate to resign in a statement on Oct. 20.

“As a teacher, I’m shocked and horrified by the news coming from the Loudoun County school system. This form of abuse must not go unchecked, which is why I am calling on Delegate Mullin’s resignation for his sponsorship of H.B. 257,” Gray said. “He must answer for his failures and resign immediately.”

House Bill 257 was thrown back into the spotlight after the Daily Wire broke the story on the Loudoun County assaults on Oct. 11. The Daily Wire initially reported that officials at Stone Bridge High School, where the first victim was allegedly raped, called police not to investigate the allegations but to handle the alleged victim’s father, who made a scene at the school.

Loudoun County Sheriff’s Office records reported by Jesse Singal, however, revealed that the police were initially dispatched to investigate the assault. Those reports align with district superintendent Scott Ziegler’s email to school board members on the day of the assault, which noted that the school called for additional officers after the victim’s father “caused a disruption by using threatening and profane language.”

The father was arrested during a school board meeting in June after speaking out against the district’s transgender bathroom policies. Those policies were approved in August.

The boy accused of rape was arrested in July, according to NBC 4 Washington, but was released while investigators processed a DNA rape kit. He was transferred to Broad Run High School, where he allegedly sexually assaulted another student in a classroom. In a statement to the Free Beacon, Loudoun County school officials said they would not comment further on the case.