The Democratic mayor of Alexandria, Virginia, pulled a resolution Friday intending to thank abortionists for their services after receiving backlash from pro-life organizations, according to The Daily Wire.

Democratic Mayor Justin Wilson proposed the proclamation to the City Council of Alexandria, who planned to adopt the plan at a March 8 meeting to thank abortion providers  and “to celebrate the courage, compassion, and the high-quality care that abortion providers and clinic staff provide,” The Daily Wire reported. The council planned to recognize March 10 as “Abortion Provider Appreciation Day.”

“The proclamation has now been pulled from the agenda on Tuesday at my request,” Wilson said in an email obtained by the Daily Wire.

Wilson acknowledged the controversy of the resolution, but vowed to “recognize” the work of health care workers in their community, according to the Daily Wire. (RELATED: University ‘Sex Week’ Encourages Students To ‘Thank Abortion Providers’)

If you live in Alexandria, Virginia, City Council this Tuesday has on agenda making March 10 Abortion Provider Appreciation Day. https://t.co/fv6YnKdgn2

“The proclamation you are referring to is part of a national effort, timed to occur 29 years after the date of the murder of an OB-GYN in Florida, who was murdered for providing legal and safe healthcare services,” the mayor said, according to the outlet.

Wilson did not respond to the Daily Caller’s request for comment.

Pro-life individuals and organizations spoke out in opposition to the resolution, including Alexandria Catholic Bishop Michael Burbidge, who called it an “attack on human life.”

“Violence of every kind must be condemned – and abortion is a direct, violent attack on human life,” Burbidge said in a Friday statement. “Proposing a celebration of abortion and ‘appreciation day’ for those who destroy lives defies comprehension. The City of Alexandria should instead be the opposite. It should celebrate all those who save, protect and care for human life.”

Republican Virginia Gov. Glenn Youngkin said he is “saddened and disappointed” by the proclamation in a statement obtained Monday by the Daily Caller.

Historically, March 10 has been labeled as a day to thank abortion providers and staff across the U.S., LifeNews reported. 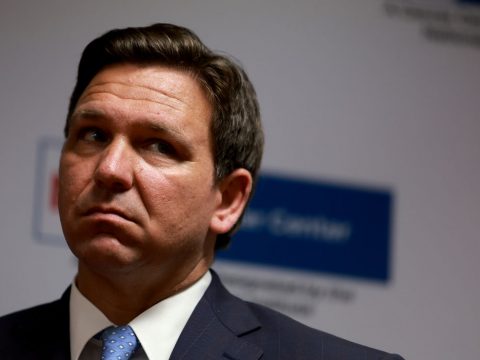