Chicago, Illinois – Documentary film crew releases dramatic, never before seen footage of the 2017 Inauguration riots. The footage was gathered as part of an ongoing documentary about the fight for dominance playing out between establishment and independent news organizations.

The shocking footage exposes a coordinated attack on the 2017 inauguration of President Donald Trump. Highlights include anarchists preparing for violent clashes with police (10:22), violent attacks on attendees (2:08), destruction of property (9:50), and the physical premeditated blockades that succeed in preventing voters from attending the Presidential Inauguration (3:29).

Additional highlights include interviews with blockade organizers Code Pink and Disrupt J20, whose stated goal was to “shut this inauguration down.”

Code Pink organizer Tighe Barry is asked, “Are you guys going to cause some mayhem?” His response is an emphatic “Yes sir!” (3:56) He adds, “We blocked this street because we feel like we have the right to tell them not to come into our city.” (4:27)

J20 organizer is quoted saying, “These people should be referred to as neo-nazis, as fascist, as the legitimate scum they are, so they can be wiped from this country!” (1:48)

Black Trump supporters are seen being called “Uncle Toms!” while also having their Trump hats snatched off their heads. (10:51)

Producers of the documentary explained their decision to release this footage now, “It was never our intent to release any footage while we’re still in production. We have held this dramatic content for 4 years in anticipation of its final release in the completed film, however, recent events have convinced us of the imperative to release this excerpt now.”

The King of News has been in production since 2016, with an anticipated release of Summer 2021.

0 3
Lindsey Graham: GOP Nomination Is Trump's for the Taking in 2024 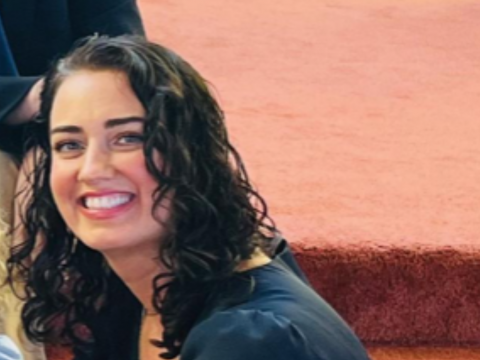