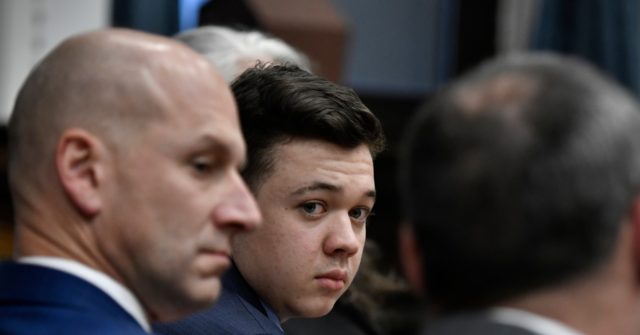 The media’s disinformation campaign related to Kyle Rittenhouse follows a pattern of the left’s manufactured false narratives, historian and professor Victor Davis Hanson, author of The Dying Citizen: How Progressive Elites, Tribalism, and Globalization Are Destroying the Idea of America, said in an interview with Breitbart News Editor-in-Chief Alex Marlow.

Hanson linked the media’s false and misleading statements about the events of August 25, 2020 — when Rittenhouse shot and killed two leftists attacking him during Antifa- and Black Lives Matter-led riots in Kenosha, WI —  to similar fabrications seen in media narratives related to Michael Brown and Trayvon Martin.

The left must lie about events to push its ideology on the public because reality doesn’t reflect its vision of the world, Hanson stated.

“It’s Michael Brown — ‘hands up, don’t shoot,’ it’s poor Trayvon that was walking innocently until he was murdered by George Zimmerman – the white Hispanic, and then you ask yourself, ‘Why do they do this?’ And I guess the answer is they don’t find enough ammunition in the real world, so they have to create these fantasies, because no one wants to listen to what they have to sell or to buy what they have to sell, anymore.”

Kyle Rittenhouse Collapses as He Is Found Not Guilty pic.twitter.com/jQUxH6jJ3o

He recalled much of the media’s false descriptions of Rittenhouse’s defensive actions.

“When I first heard of [the Rittenhouse trial], I was told the following, I thought, ‘Wow, this is bizarre, a white supremacist, 17 years old, crossed many state lines, after he bought an assault weapon, military-style, and then he went and he slaughtered three innocent people.’”

He concluded, “And then just like the collusion hoax, just like the virus hoax and bits and pieces of unspecified race. … and the whole thing for a part, and I thought, ‘Is anybody going to apologize?’ No. Because the ends were so noble.”

0 4
‘Red-Handed’: Blackstone Founder Pumped $100M into Marxist Education for American and Other Students Studying in China