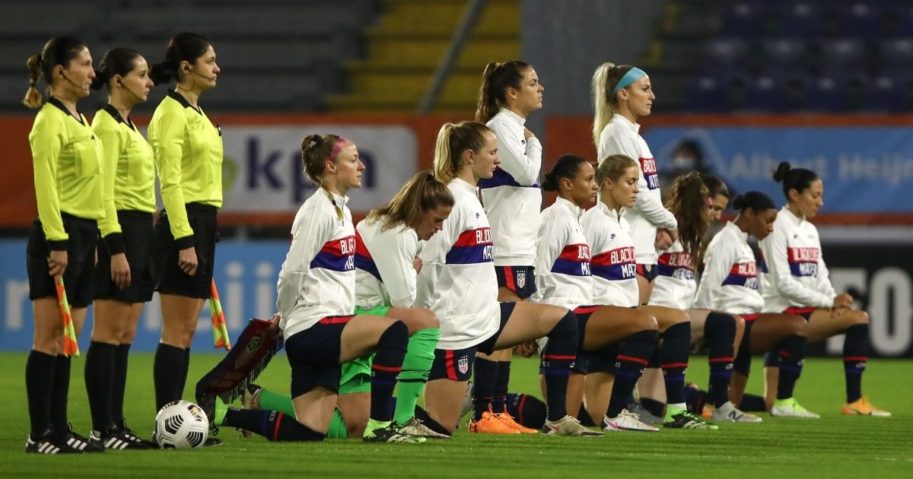 The U.S. women’s soccer team wore “Black Lives Matter” warm-up gear Friday before most of the team knelt in protest during the national anthem prior to a match against the Netherlands at Rat Verlegh Stadium in the city of Breda.

“This is not political, it’s a statement on human rights,” it said.

“We love our country, and it is a true honor to represent America. It is also our duty to demand that the liberties and freedoms that our country was founded on extend to everyone,” the statement read.

“Today, we wear Black Lives Matter to affirm human decency. We protest against racial injustice and police brutality against Black people. We protest against the racist infrastructures that do not provide equal opportunity for black and brown people to fulfill their dreams, including playing on this team,” it said.

“As the United States Women’s National team players, we collectively work toward a society where the American ideas are upheld, and Black lives are no longer systematically targeted. Black Lives Matter.”

The national team continued to show disdain for its home country during the national anthem, when many of the players took a knee on foreign soil.

We wear Black Lives Matter to affirm human decency. This is not political, it’s a statement on human rights. pic.twitter.com/QHDAx4iv7k