The U.S. State Department has ordered its personnel at the U.S. Embassy in Ukraine to evacuate to Poland under threat of a Russian invasion, the U.S. announced Monday.

The U.S. had already evacuated most of its diplomats from the embassy in the capital city of Kyiv, and the few diplomats who remained moved to the city of Lviv in western Ukraine. The small contingent of diplomats still in Kyiv is now evacuating fully. (RELATED: EXCLUSIVE: Ukrainian MP Tells Biden What Would Really Stop The Russians From Invading)

“For security reasons, Department of State personnel currently in Lviv will spend the night in Poland,” The State Department said in a statement, according to Bloomberg.

The move comes just hours after Russian President Vladimir Putin delivered a fiery speech in which he officially recognized two separatist groups in eastern Ukraine as independent states. The separatist groups currently lay claim to land under the control of the Ukrainian government, leading some to believe Putin’s speech was a prelude to war.

Ukraine is “an inherent part of our history, culture, spiritual space. They are our comrades, relatives, not only colleagues, friends, but also our family, people we have blood and family ties with,” Putin said. He went on to argue that the Ukrainian government is a puppet of the U.S. Putin also painted Ukraine as a security threat to Russia, so long as it remained close allies with NATO and the U.S.

“The US and NATO have begun the shameless takeover of Ukrainian territory as a theater of future military activity.”

Russia has amassed roughly 150,000 troops along Ukraine’s borders in recent months, according to U.S. intelligence. President Joe Biden’s administration has repeatedly argued that Putin will rely on a “false flag” or some other pretense to invade Ukraine. Some observers have argued that Putin’s complaints about Kyiv’s alleged “military action” are just such a pretense.

Quite an anticlimactic end to an hour long speech. But he ended it with a clear threat of response if ‘Kyiv continues military actions’

Pretext is in place. War can be launched at any moment

The U.S. and NATO have vowed aggressive economic consequences for Russia should Putin decide to invade. 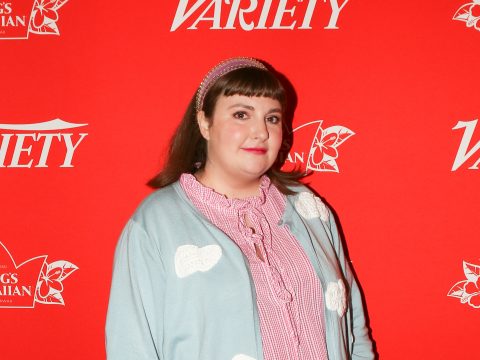 0 43
‘Sis You Ain’t No Gay Icon’: Lena Dunham Mocked For Requesting Her Casket Be Driven Through Pride Parade