The U.S. economy under President Joe Biden shrank for a second consecutive quarter as inflation continues to surge, meaning that, by some definitions, the economy is already in a recession.

U.S. real gross domestic product (GDP) decreased at an annual rate 0.9% in the first quarter of 2022,  according to Thursday data from the Bureau of Economic Analysis (BEA), underperforming the expectations of economists surveyed by Bloomberg that the economy would grow by a modest 0.4% in the second quarter. GDP fell by 1.4% in the first quarter, and many economists and commentators define a recession as two consecutive quarters of negative GDP growth.

The Biden administration has pushed back on the assertion that the economy is in a recession despite the past two quarters returning negative growth.

“At the end of the day the average American family has been going through economic pain for the last 18 months; paychecks are going out the door faster than they’re coming in because of inflation, credit card debt is getting more expensive to service, regular folks can’t afford a home, gas and grocery prices are going up. In my opinion, if you go out and talk to regular Americans it is so blatantly obvious the economy is contracting.” E.J. Antoni, research fellow for regional economics at The Heritage Foundation, told told the Daily Caller News Foundation. (RELATED: ‘A Definite Slowdown’: Business Owners Say They’re Already Seeing Signs Of Recession)

Meanwhile, as the economy is contracting, prices remain sky-high and inflation continues to surge; the Consumer Price Index (CPI), a key inflation indicator, came in at at 9.1% in June, the highest rate on record since 1981. Producer prices have increased even more drastically than what consumers have faced in recent months, hitting 11.3% in June.

The Federal Reserve increased rates by 0.75% on Wednesday to try to tame inflation, but economists say this could have additional contractionary effects on growth. 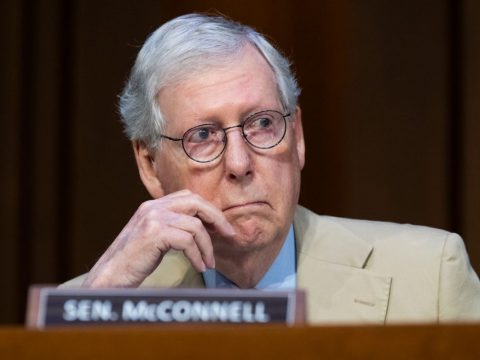