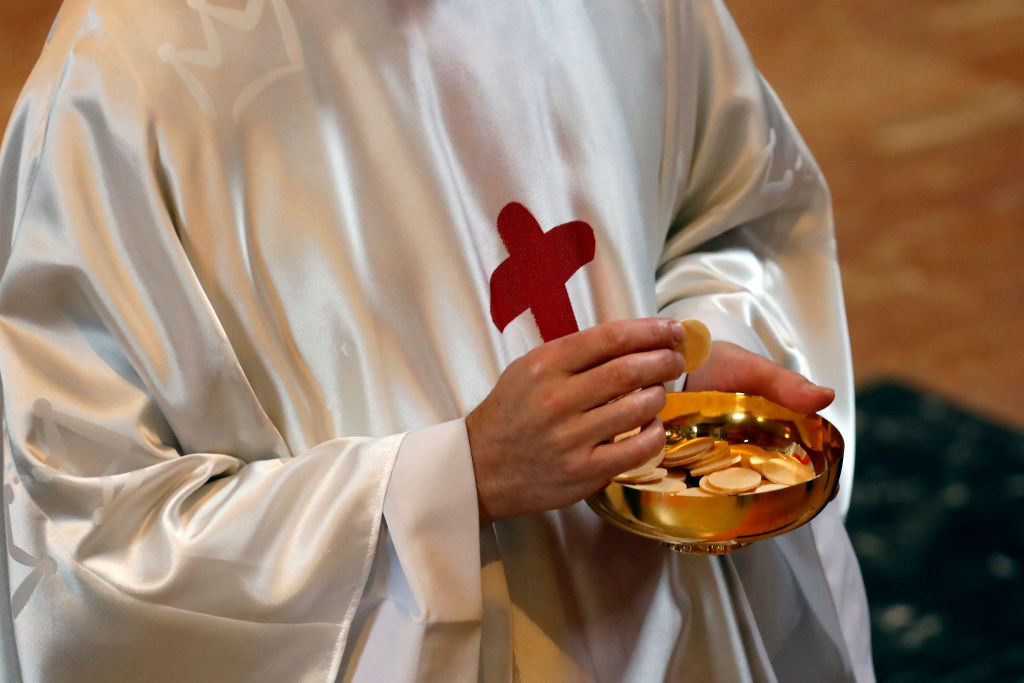 After hours of debate and weeks of concern, the United States Conference of Catholic Bishops (USCCB) voted, overwhelmingly, on Friday to draft a “teaching document” addressing the issue of Communion for openly pro-abortion politicians, like Rep. Nancy Pelosi (D-CA), and President Joe Biden.

The American Catholic hierarchy has yet to address the contents of the document, but according to the National Catholic Reporter, the document is “slated to include a section on ‘Eucharistic consistency’ and Catholic politicians.”

“The U.S. Conference of Catholic Bishops this week voted to move forward on several action items, including a draft of a teaching document on the Eucharist,” Catholic News Agency reported Friday, adding that the document is to be considered “a formal statement on the meaning of the Eucharist in the life of the Church.”

“The measure passed by a vote of 168 to 55, with six abstentions,” CNA noted. “A simple majority was required for passage of the action item. The U.S. bishops’ doctrine committee will now lead the process of drafting the document, with input from other conference committees. A draft of the document could be ready to be debated, amended, and voted on by the bishops at their November meeting – which is currently planned to be held in person in Baltimore, Maryland.”

“Only 55 bishops voted against the motion, fewer than signed a letter to the conference president Archbishop Gomez, last month, calling for the vote to be dropped from the agenda altogether,” The Pillar added.

As the Daily Wire reported back in April, members of the USCCB had suggested that the group draft such a teaching document in order to provide guidance to bishops and priests on how to best counsel — and, in some cases, handle — publicly pro-choice politicians like Biden and Pelosi who may want to receive the Eucharist, despite being in open defiance of Church teaching on the subject of abortion.

“Archbishop Joseph Naumann of Kansas City, who is chairman of the USCCB’s Committee on Pro-Life Activities, has publicly and repeatedly rebuked Biden for supporting abortion, going so far as to say the president ‘should stop defining himself as a devout Catholic,” the Daily Wire noted.

“Because President Biden is Catholic, it presents a unique problem for us,” Naumann told the AP. “It can create confusion. … How can he say he’s a devout Catholic and he’s doing these things that are contrary to the church’s teaching?”

The Catholic Church, of course, believes abortion is a grave evil, and support for abortion is a serious sin — an “open defiance” of Church teaching. Anyone in such a state of sin cannot receive Communion in the Catholic church.

The topic, though, as The Pillar noted, “hugely contentious” and complex, particularly given that denying Communion is a serious issue, and it is not particularly clear what “objective conditions” render “a person unfit for admission to the Eucharist.” There is also “an evident discomfort among some bishops about directive use of episcopal authority and practical disagreement about how to engage with a Catholic president who advocates for policy contrary to Catholic teaching.”

These issues will likely be ironed out in the drafting process, over the next 150 days.

0 25
Kyle Rittenhouse Not Guilty Verdict Breaks Hollywood: 'I Weep for This Country' 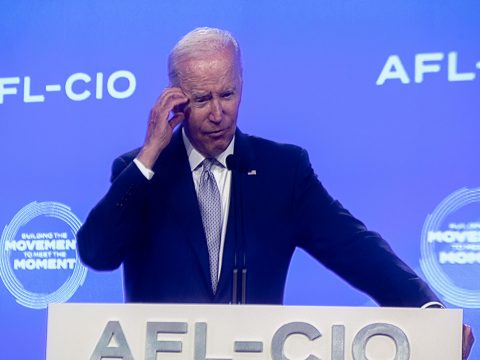