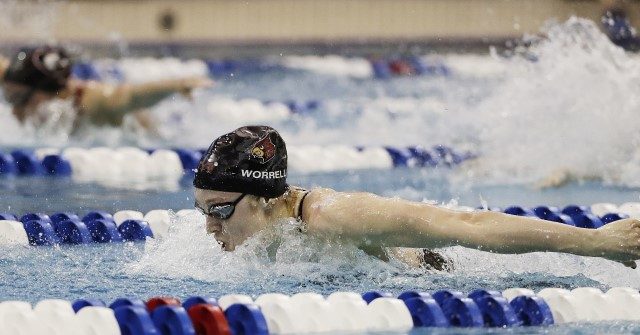 Parents of the University of Pennsylvania women’s swim team have written a letter urging the National Collegiate Athletic Association (NCAA) to change its rules on transgender athletes in response to Lia Thomas – a biological male – dominating the competition.

Obtained by the Daily Mail, the letter from the parents of 10 swimmers, sent on December 5, lamented that a new “precedent” has been set that could potentially destroy female sports.

“At stake here is the integrity of women’s sports,” the letter said. “The precedent being set – one in which women do not have a protected and equitable space to compete – is a direct threat to female athletes in every sport. What are the boundaries? How is this in line with the NCAA’s commitment to providing a fair environment for student-athletes?”

The letter called on the NCAA to address the controversy instead of sweeping it under the rug and allowing Lia Thomas to take all the blame.

The parents reportedly began banding together in October after Lia’s advantage over the other swimmers became readily apparent. One mother told the Daily Mail that transgenders should have their own league to compete on an even playing field.

“I think that transgender people have a right to compete, but they need to have their own league,” the mother, who wished to remain anonymous, said. “Being fair to one group of people shouldn’t take rights away from another group, and that’s what’s happening here.”

“The NCAA obviously didn’t think much about the rules they set,” she added. “It’s not fair to the women on the team and it’s not fair to Lia as well. She went through transition, and I admire her bravery. But the records she sets now are not valued records, female records.”

Parents also said that many of the female swimmers feel conflicted, afraid to voice their misgivings due to the potential backlash. UPenn responded to the letter, emphasizing its desire for inclusiveness while pledging to help the female athletes “navigate” Lia’s success, which essentially means telling them to deal with it. The statement said:

Please know that we fully support all our swimming student-athletes and want to help our community navigate Lia’s success in the pool this winter. Penn Athletics is committed to being a welcoming and inclusive environment for all our student-athletes, coaches and staff and we hold true to that commitment today and in the future.

We’ve encouraged our student-athletes to utilize the robust resources available to them at Penn, and I’d like to share them with you as well.

Prior to joining the Penn women’s swim team, Lia competed for the university’s men’s team for three seasons as Will Thomas. At the Akron Zippy Invitational earlier this month, Thomas won the 1650 by a whopping 38 seconds over his teammate, setting “Penn records along with meet and pool records,” according to Outkick.

The women are in second place after day one of the Zippy Invitational.

Lia Thomas set a pool and meet record in the 500 free!

Some female swimmers lamented that Thomas began boasting about the ease of his victory following the competition.

“That was so easy, I was cruising,” a female swimmer reported Thomas as saying. “At least I’m still No. 1 in the country.”

“They feel so discouraged because no matter how much work they put in it, they’re going to lose,” another woman said.

In a statement this past April, the NCAA announced its unequivocal support for the transgender community and expressed no misgivings about the prospect of biological men outcompeting women in their chosen sport.

“The NCAA Board of Governors firmly and unequivocally supports the opportunity for transgender student-athletes to compete in college sports. This commitment is grounded in our values of inclusion and fair competition,” the NCAA said.

The NCAA then touted the (highly questionable) concept of testosterone suppression as a valid equalizer for men competing in women’s sports.

“The NCAA has a long-standing policy that provides a more inclusive path for transgender participation in college sports,” the NCAA says in its ‘Statement on Transgender Participation.”

Our approach — which requires testosterone suppression treatment for transgender women to compete in women’s sports — embraces the evolving science on this issue and is anchored in participation policies of both the International Olympic Committee and the U.S. Olympic and Paralympic Committee.

Inclusion and fairness can coexist for all student-athletes, including transgender athletes, at all levels of sport. Our clear expectation as the Association’s top governing body is that all student-athletes will be treated with dignity and respect. We are committed to ensuring that NCAA championships are open for all who earn the right to compete in them.

The NCAA has not yet responded to the letter from parents of female UPenn swimmers.

0 30
WATCH: Joe Biden Has No Idea Where He Is or Who He’s Talking To

0 17
Psaki: There Is A ‘Distinct Difference’ Between Blue State Governors Defying CDC Guidelines And DeSantis ‘Standing In The Way’ 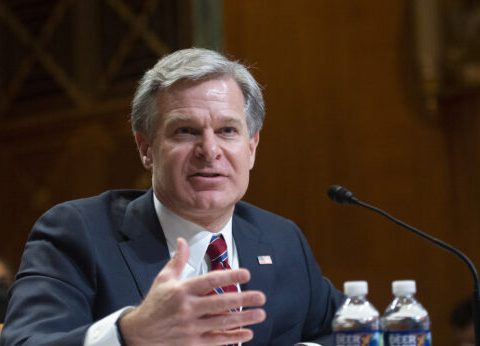