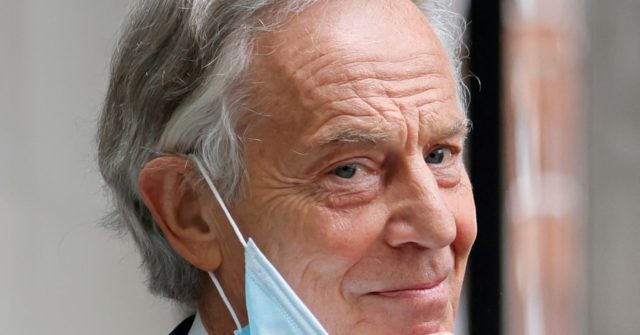 Former Labour leader and prime minister Tony Blair has been dubbed a Knight Companion of the Most Noble Order of the Garter in the New Year Honours Lists.

The Iraq War architect, full name Anthony Charles Lynton Blair, said it was “an immense honour to be appointed Knight Companion of the Most Noble Order of the Garter” — the United Kingdom’s most senior order of chivalry — and that he was “deeply grateful to Her Majesty the Queen.”

“It was a great privilege to serve as Prime Minister and I would like to thank all those who served alongside me, in politics, public service and all parts of our society, for their dedication and commitment to our country,” Blair added.

Given his less than uncontroversial record and reputation, the honour was not met with universal acclaim as Britons welcomed 2022.

“How very sad that to see that Anthony Blair is now a Knight of the Garter,” remarked Peter Hitchens, the venerable British columnist and foreign correspondent perhaps best known in America as the Christian, conservative brother of the late Christopher Hitchens.

“Until now it was possible to believe that the Sovereign thought that his support for the wrong and foolish invasion of Iraq (and its disastrous outcome) disqualified him from this honour,” he added.

Ben Habib, a former Member of the European Parliament (MEP) for the Brexit Party, now Reform UK, stressed that Blair should not only be excoriated for the Iraq War.

“He pioneered the nanny controlling state; he opened the flood gates to immigration; he set in train devolution; he buckled to a broken IRA; he stuffed the [House of] Lords full of his cronies; he broke the nation’s finances. He was a disaster,” Habib recalled.

It had long been rumoured that the Queen, 95, was resisting giving a knighthood to Blair, who left office in 2007, due to his having — as he himself put it — lectured the monarch “perhaps less sensitively than I should have about the need to learn lessons” from the death of Princess Diana.

He also broke royal protocol by giving lurid details of the royals’ private life during weekends he spent at their Scottish estate while he was in office, describing his time there as “a vivid combination of the intriguing, the surreal and the utterly freaky” in his memoirs.

Tony Blair: ‘Our Teams Are Embedded in Governments Around the World’ https://t.co/IlnE1mvxhq

Blair did not fade into quiet retirement after stepping away from parliamentary politics, accepting an eyebrow-raising position as Middle East peace envoy on behalf of the United Nations, European Union, United States, and Russia in 2007 which he held until 2015 — a period not noted for great progress towards Middle East peace — and many lucrative private sector jobs with the likes of the JPMorgan Chase banking corporation and Zurich Financial Services.

He has also remained active in partisan politics, campaigning hard against Brexit during the EU referendum in 2016 and even harder to overturn the people’s vote to leave the bloc in the years following.

More recently, he has pushed for vaccination of nursery age children and discrimination against the unvaccinated, who he denigrates as “idiots” — despite having bragged in his memoirs about his own government having done “the minimum we could with the minimum expenditure” to prepare for pandemics, which he dismissed as “panpanics”. 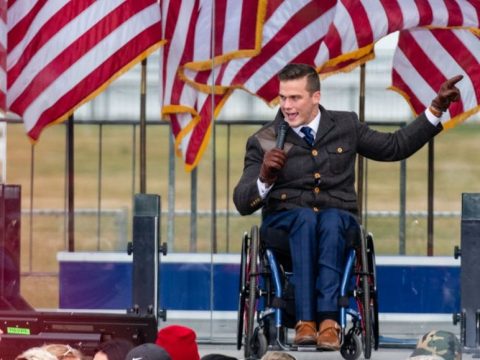