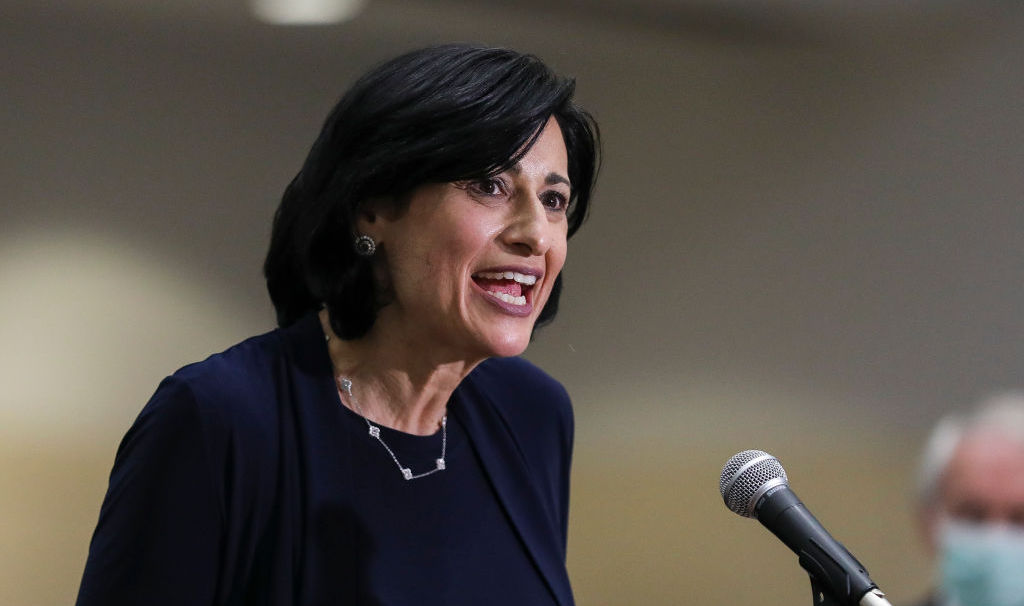 “As a practicing physician, I believe that any physician who puts the influence of political organizations before the well-being of our children has violated the Hippocratic Oath and does not belong in public service,” Murphy told Washington Free Beacon. “These actions are unconscionable, and so I am calling on Dr. Walensky to resign immediately.”

The American Federation of Teachers, led by Randi Weingarten, appears to have successfully lobbied the CDC to recommend that schools stay closed because of the COVID-19 pandemic despite the growing body of evidence showing that schools are not significant vectors of the disease.

The New York Post obtained emails between Biden administration officials and representatives of the AFT, which donated $20 million to Democratic politicians last year. According to the Post:

The [AFT’s] lobbying paid off. In at least two instances, language “suggestions” offered by the union were adopted nearly verbatim into the final text of the CDC document.

With the CDC preparing to write that schools could provide in-person instruction regardless of community spread of the virus, Trautner argued for the inclusion of a line reading “In the event of high community-transmission results from a new variant of SARS-CoV-2, a new update of these guidelines may be necessary.” That language appeared on page 22 of the final CDC guidance.

The AFT also demanded special remote work concessions for teachers “who have documented high-risk conditions or who are at increased risk for … COVID-19,” and that similar arrangements should extend to “staff who have a household member” with similar risks. A lengthy provision for that made it into the text of the final guidance.

The White House responded to allegations Tuesday that the CDC mishandled its guidance on school reopenings by letting a privileged interest group exert improper influence.

“It’s actually longstanding best practice for the CDC to engage with organizations, groups that are going to be impacted by guidance and recommendations issued by the agency,” White House press secretary Jen Psaki said in a statement. “It doesn’t mean they are taking everything they want, or even a percentage of what they want.”

“But it’s important to understand the implementation components,” Psaki continued. “They do so to ensure that recommendations are feasible and that they adequately address the safety and well-being of the individuals the guidance is aimed to protect. So, the CDC engaged with around 50 stakeholders that are on the front lines in this pandemic and have requisite perspective for the guidance.”

The AFT gave the CDC’s guidance on school reopenings a glowing review after the guidance was released in February.

“Today, the CDC met fear of the pandemic with facts and evidence. For the first time since the start of this pandemic, we have a rigorous road map, based on science, that our members can use to fight for a safe reopening,” Weingarten said in a statement.