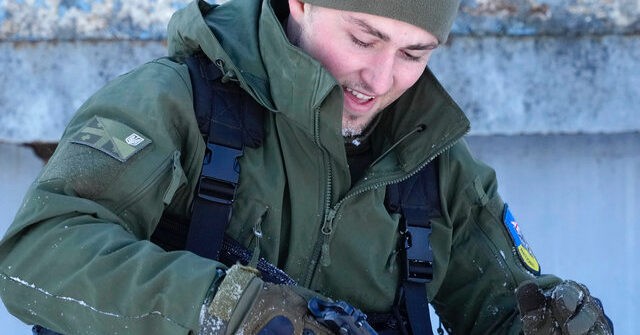 The Ukrainian parliament, known as the Verkhovna Rada, on Wednesday passed a bill greatly expanding civilian access to firearms.

The authors of the bill said these new gun rights were needed due to “existing threats and dangers for the citizens of Ukraine,” sending a signal to invading Russian forces that they can expect stiff resistance should they push beyond the eastern Donbas region.

Ukraine’s state Ukrinform news service said the bill “defines the legal regime of ownership of civilian firearms, establishes the basic rights and responsibilities of individuals and legal entities for the production,” and regulates “acquisition, possession, alienation, carrying, transportation, repair, use of civilian firearms and ammunition.”

“The bill, while liberalizing the circulation of civilian firearms in Ukraine, also increases the responsibility for their illegal use,” Ukrinform added.

Ukraine’s gun laws have been strictly enforced and poorly written until now, with the net effect of convincing most Ukrainians that private gun ownership was not worth the effort, even though much of the public receives firearms training at school. Buying guns was not terribly difficult, but carrying them outside of the home was largely forbidden.

The military has a huge inventory of firearms relative to its size, while only a modest percentage of the general public has been legally armed until now. Reliable data is hard to come by, but estimates place the rate of firearm ownership in Ukraine at somewhere between 6 and 13 guns per 100 citizens. In the United States, the ratio is close to 120 guns per 100 persons, meaning America has “more guns than people,” as the media is fond of observing.

Illegal arms trading has long been a problem for Ukraine, especially in the eastern conflict zone. Quite a bit of that gun smuggling has been undertaken by Russia, with the goal of funneling weapons to the eastern separatists it supports.

Even before the new, more liberalized gun law was passed, Ukrainians were rushing out to arm themselves against the Russian threat, as the UK Guardian observed on Wednesday:

“Of course I’m worried about the situation,” Dariia Olexandrivna said, speaking in the basement Praporshyk gun store, in central Kyiv’s Pushkin street. “I’m hoping for the best but preparing for everything.”

Olexandrivna said she and her husband began taking shooting lessons six months ago, when tensions with Moscow grew. They owned two handguns. She had come to buy 400 rubber bullets. “I saw Putin’s speech on Monday. I think he’s stupid enough to do it. He hates Ukrainian people,” she said.

“Gun shops have sold out of some weapons, such as AR-10 and AR-15 assault rifles, with business now exceptionally busy,” the Guardian observed. A military veteran told the Guardian he pooled money with his friends to buy a pair of sniper rifles with “good optics” plus a drone they ordered through Amazon.com.

A Ukrainian police statement said ammunition sales are skyrocketing, and over 10,000 firearms have been registered so far in February alone.

“I want to thank those citizens who, sensing the danger of the unpredictable movements of [Russia], make the right decisions and become owners of firearms. And don’t forget the important thing! Without proper training, weapons are just a lot of metal and plastic – so go and train!” Ostaltsev wrote on Facebook.