Sightings of UFOs are legitimized in law. On Monday, December 27, President Biden signed into law the long-awaited $770 billion FY2022 National Defense Authorization Act (NDAA) that includes provisions for analyzing UFOs, or Unidentified Aerial Phenomena (UAP) as they are known now. Liberty Nation has reported on the U.S. government’s new interest in UAPs. The Pentagon is establishing a new office – with the tongue twister name Airborne Object Identification and Management Synchronization Group –  to monitor and attempt to explain mysterious flying object sightings.

Section 1652 of the FY2022 NDAA authorizes the Defense Department to establish and fund the AOIMSG “to address unidentified aerial phenomena.” When the government authorizes spending money, they are serious. As a result, the information we’ve known for years is becoming more meaningful and relevant. But why would that suddenly be the case? A Fox News program might have provided the answer.

In an October 19 Tucker Carlson Tonight interview with Tom Rogan, a journalist for the Washington Examiner, Rogan revealed an interesting twist that the UFO theorists seldom talk about. The subject goes to the heart of including national security authorization language for the Pentagon’s new office to monitor UAP sightings. he reported on a National Press Club conference in which “multiple different people at multiple different sites” claimed U.S. nuclear ballistic missile installations’ launch capability was hindered or disabled.

According to Rogan, the government “does know there’s a nuclear connection” between UAP sightings and the U.S.’s capability to respond to an attack, but 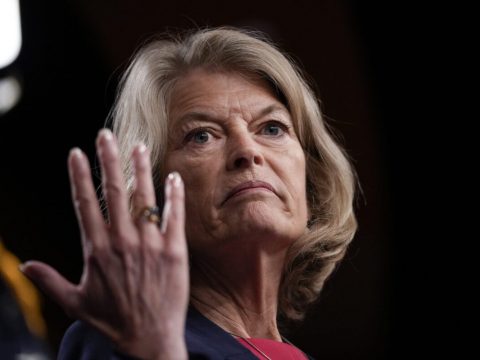 0 39
Republican Sen. Murkowski Says She Will Vote For Democrat Running Against Sarah Palin