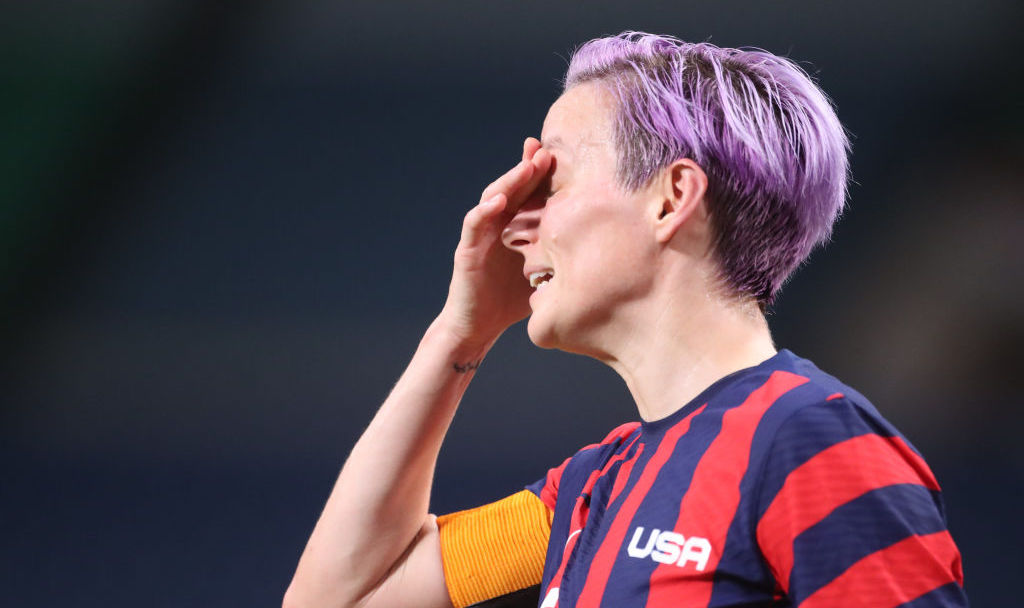 The U.S. Women’s National Team (USWNT) lost to Canada on Monday in the semifinal match of the Tokyo Olympics, knocking the U.S. team out of contention for a gold or silver medal and setting off a wave of mockery online.

Members of the USWNT have sparked controversy and anger among American fans by refusing to stand for the anthem. Earlier in the Olympics, the entire USWNT knelt for the anthem before losing to Sweden.

“Happiest people on planet Earth today? I’m guessing not the shareholders of Victoria’s Secret, where Megan Rapinoe will now have tons of free time to rep the brand!” conservative author Ann Coulter tweeted.

“I’ll say this again – I think people who aren’t proud of this country shouldn’t be barred from representing it internationally. They just shouldn’t expect their country to root for them,” he added.

Evangelist Franklin Graham, the son of the late Billy Graham, said that the USWNT loss was predictable and likely due to the focus its players put on “political wokeness” rather than playing the game.

“The US women’s Olympic soccer team lost to Canada for the 1st time in 20 yrs, & I think a lot of people saw it coming. It seems they’ve lost their focus & instead became more focused on political wokeness & using the Olympic stage to promote their agendas,” Graham said.

Radio host Clay Travis made a similar point and added that many Americans were gladdened, or at least unbothered, by the loss because of the amount of “woke” messaging the team has pushed.

“The US Women’s Soccer team just lost to Canada and many enjoyed the loss. In 2015 the US women were one of the most popular teams in American history. What happened? Woke sports destroys everything it touches,” Travis said. “The US women had a golden opportunity to wax eloquent about American exceptionalism on a global stage. After all, one primary reason our women dominate soccer is because most women around the world lack basic human rights. Instead, they ripped America.”

“Instead of holding America up to the world as a shining example of equality & opportunity for women around the world, they tore us down. Many American sports fans will never forget this. The result? I’ve never seen a team squander more love & goodwill in my life as a sports fan,” he added.

Team captain Megan Rapinoe, arguably the most high-profile player on the team, lamented the team’s loss after the game.

“It’s terrible. We just didn’t have it today,” she said. “Just too many errors from us again. I felt like space was there for us to play and we just couldn’t get into it, too many touches or, you know, an errant touch.”

“That’s football. They got, I think, one shot on goal, a PK, and from what it sounds like it was a PK. So yeah, it’s a bitter one to swallow.”

0 18
Bari Weiss: 'Pandemic of Bureaucracy' on COVID Is a 'Moral Crime' and People Are Afraid to Say That