The White House announced Tuesday that certain border sections between the U.S. and Mexico and the U.S. and Canada will soon reopen, a move that comes after lengthy restrictions were put into place.

U.S. Homeland Security Secretary Alejandro Mayorkas said in a statement the administration next month “will begin allowing travelers from Mexico and Canada who are fully vaccinated for COVID-19 to enter the United States for non-essential purposes, including to visit friends and family or for tourism, via land and ferry border crossings.”

The new rules are similar but not identical to planned requirements announced last month for international air travelers, U.S. officials said in a call earlier with reporters.

It does not appear that the border crossings will be officially open to those who aren’t vaccinated.

“Unvaccinated travelers will continue to be banned from crossing the borders with Mexico or Canada, officials said,” reports The New York Times. “Those who were never banned from traveling across the land borders, including commercial drivers and students, will also need to show proof of vaccination when crossing starting in January — an effort to provide them time to adjust to the new rules, officials said.”

It’s not clear how the new policy will be enforced.

The Times noted that officials said people coming into the U.S. at the Canada or Mexico border will be asked questions regarding their immunization status by Customs and Border Protection officials before being permitted to come into the country. “The officers will have the discretion to send travelers to secondary screenings to have their documents checked, officials said,” The Times reported.

The U.S. has extended its travel restrictions several times before. As The Daily Wire reported in July, the United States announced that land border closures between the U.S. and Mexico and the U.S. and Canada would be extended even as other countries began to open.

Last month, the U.S. “extended restrictions at its land borders with Canada and Mexico through Oct. 21 that bar nonessential travel such as tourism by foreigners despite Ottawa’s decision to open its border to vaccinated Americans,” per Reuters.

While several border state lawmakers have reportedly applauded the action, the Southern border continues to face a crisis of an influx of illegal immigrants.

In total, there were 208,887 encounters along the Southwest Border, a 2 percent drop compared 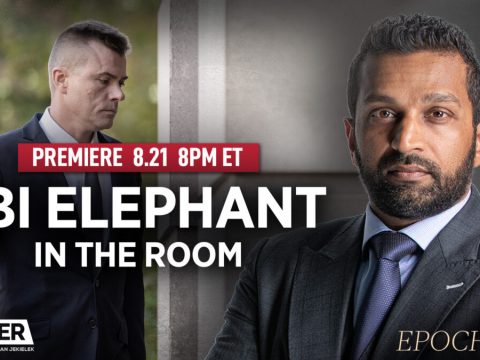 0 4
Teacher Who Was Listed On Board Of Directors Of NEA: GOP Should Shoot People Unvaccinated Through Religious Exemption