The United States and the European Union have struck a deal to reduce Europe’s dependence on Russian fossil fuels, including a commitment for the United States to provide an additional 15 billion cubic meters of liquefied natural gas (LNG) to E.U. markets this year alone.

“We’re coming together to reduce Europe’s dependence on Russian energy,” said Biden, who accused Russian President Vladimir Putin of using his country’s fossil fuel resources to “coerce and manipulate” Russia’s neighbors and of using the profits from their sale to “drive his war machine.”

The context for the move is Russia’s invasion of Ukraine, which has sparked an unprecedented series of sanctions against Moscow and is driving the strategic shift away from E.U. reliance on Russian energy. Russia provides over 40 percent of the E.U.’s gas and coal imports and around a quarter of its oil.

Russia’s actions in Ukraine, which Moscow calls a “special military operation” to disarm Ukraine’s military and oust from power people it regards as dangerous nationalists, has already prompted the E.U. to pledge to cut Russian gas use by two-thirds this year and phase out Russian energy entirely by 2027.

At the press conference, Biden and von der Leyen announced the formation of a joint Task Force on Energy Security, which will work on ways to reduce Europe’s dependence on Russian fossil fuels while reducing the E.U.’s overall gas demand going forward by accelerating market deployment of clean energy technologies.

The task force will set out the parameters of this cooperation and will work on implementation, including ramping up supplies of LNG volumes to the E.U. as a matter of urgency to ensure enough gas for next winter and the following one.

Under the deal, the United States has pledged an additional 15 billion cubic meters of LNG in 2022, with expected increases to those volumes in the future.

The E.U. will work with its member countries to ensure stable demand for an additional 50 billion cubic meters of LNG from the United States per year until at least 2030.

In order to ensure appropriate gas storage, the E.U. will work with member states to upgrade the regulatory framework for the energy security of supply and storage across the continent.

One of the proposals in this regard involves a draft regulation on energy storage that would see the existing storage infrastructure to be filled up to 90 percent capacity by Nov. 1 each year.

“The European Commission is going to work with member states to store gas across the continent, to build more infrastructure to receive LNG, and to take steps to increase the efficiency of gas,” Biden said.

Biden called the Ukraine crisis an opportunity and a “catalyst” that would drive the clean energy investments needed to meet the net-zero emissions goals.

Tom Ozimek has a broad background in journalism, deposit insurance, marketing and communications, and adult education. The best writing advice he’s ever heard is from Roy Peter Clark: ‘Hit your target’ and ‘leave the best for last.’ 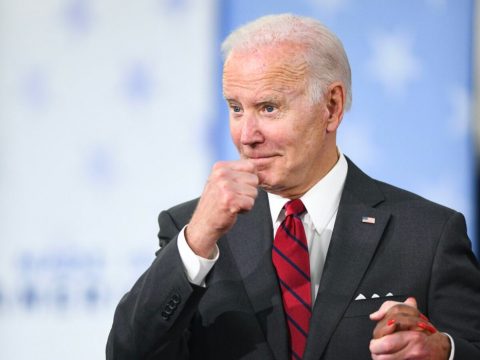