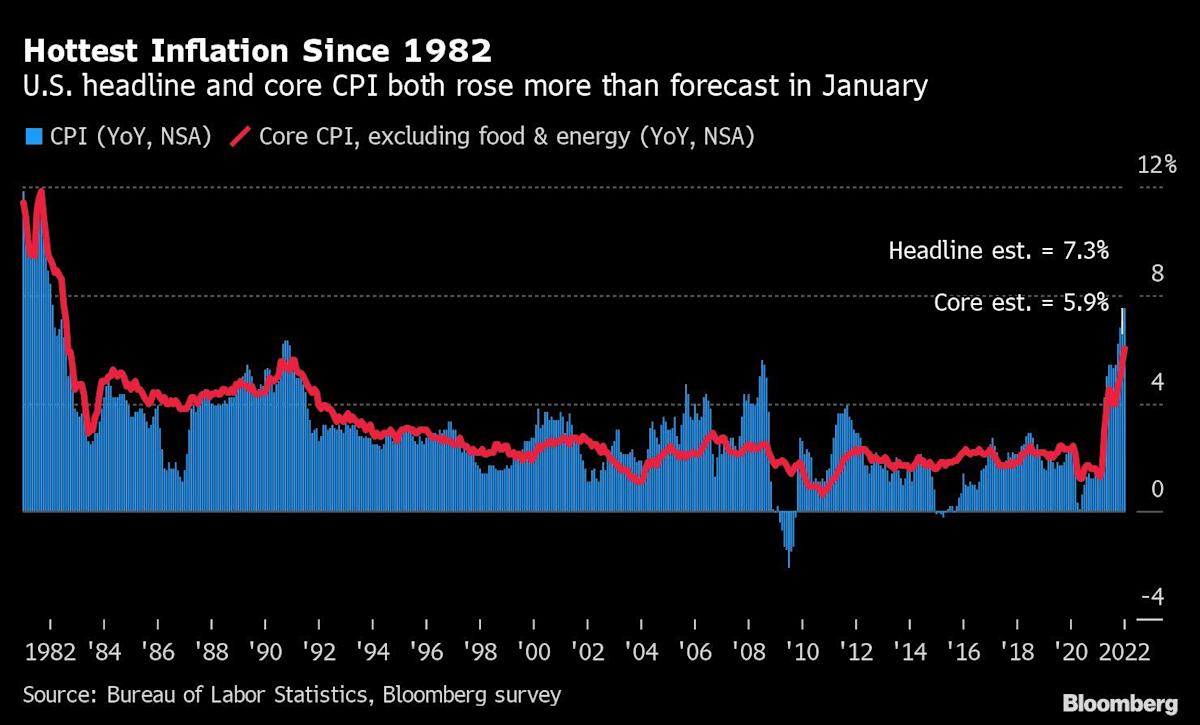 Most Read from Bloomberg

The remarks on Friday by Governor Lael Brainard and New York Fed President John Williams, as well as Chicago Fed chief Charles Evans, showed officials eager to get tightening under way, without seeking a supersized interest-rate hike or a move before the next scheduled meeting.

“Given we have seen quite strong data, I do anticipate it will be appropriate at our next meeting to initiate a series of rate increases,” Brainard told a panel discussion at a conference in New York hosted by the University of Chicago Booth School of Business. “We have a recovery today that is much stronger and faster than in the last cycle. So I do believe it will be appropriate to commence that runoff in the next few meetings.”

Speaking separately, Williams said that while raising rates will be “appropriate” in March, he doesn’t see a compelling argument for taking “a big step at the beginning,” amid speculation the Fed might increase rates by a half percentage point instead of a quarter point.

“I think we can steadily move up interest rates and reassess,” Williams said during a call with reporters following an event hosted by New Jersey City University. For balance-sheet reduction, Williams said it can happen more quickly and sooner relative to liftoff than it did after the last cycle.

He and Brainard, who’s been nominated by President Joe Biden to be vice chair, are key members of Chair Jerome Powell’s leadership team. The comments contrast with more hawkish remarks over the past week by St. Louis Fed President James Bullard, who spurred speculation that the Fed would start liftoff with a half-point hike and potentially consider an intermeeting move ahead of their March 15-16 gathering.

During their Jan. 25-26 meeting, Fed officials concluded that they would soon start raising rates from near zero and were on alert for persistent inflation that would justify a faster pace of tightening, according to minutes of the session released Wednesday.

Powell told reporters after the meeting that officials were leaning toward moving in March.

Investors see the Fed tightening policy by around 150 basis points during this year, compared with the three quarter-point hikes that policy makers forecast for 2022 in December. They will update their quarterly Summary of Economic Projections in March.

Brainard said raising rates and running down the balance sheet “will bring down inflation over time.”

“The market is aligned with that,” she said, adding that this has been transmitted through to the real economy via changes in mortgage and lending rates, while credit conditions for loans have also tightened. “So we’ve already seen the kind of tightening facing households and businesses that is consistent with the economy’s outlook,” Brainard said.

“We think the net takeaway from these two senior Fed leadership figures is that the Fed will likely not hike 50 basis points in March but will deliver an SEP that essentially matches market expectations for rate hikes,” said Krishna Guha, head of central bank strategy at Evercore ISI, in a note to clients.

Evans, one of the more dovish U.S. central bankers, earlier called for a “substantial” shift in policy to curb the hottest prices in 40 years — though he said policy may not need to become restrictive unless underlying inflation became unmoored.

“With regard to the policy situation today, I still see current inflation as largely being driven by unusual supply-side developments related to the Covid-19 shock,” Evans said. “But inflation pressures clearly have widened in the broader economy to a degree that requires a substantial repositioning of monetary policy.”

Evans said he continues to believe that underlying long-term inflation will remain low in the U.S. and developed world, held down by structural factors, and he would hold off on moving policy to a restrictive setting. Fed policy makers estimate a long-term target rate is about 2.5%. Long-term inflation expectations remain contained, he added.

“I see our current policy situation as likely requiring less ultimate financial restrictiveness compared with past episodes and posing a smaller risk to the employment mandate than many times in the past,” said Evans, who does not vote on policy this year.

While inflation caused by Covid-19 and supply disruptions should eventually correct, Evans said that will require careful monitoring of data.

“How this plays out will be key for my monetary policy decision-making over the year,” he said.

Most Read from Bloomberg Businessweek 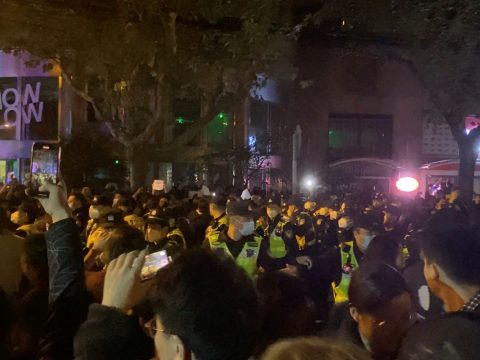 0 30
Minneapolis Schools to Close as City Braces for Violence