At least two Americans imprisoned in Venezuela have reportedly been released in what appears to be a sign that the Biden administration is making headway in negotiating an oil deal to ward off rising gas prices as the United States moves to ban imports of Russian oil.

Gustavo Cardenas, one of the so-called Citgo 6 detainees, and Jorge Alberto Fernandez, a Cuban American tourist detained on suspicions of terrorism for his use of a drone in Venezuela, were the two released.

“Obviously, we’re going to continue to do everything we can to bring anyone who is detained in Venezuela or any other part of the world home, but they happen through different tracks,” White House press secretary Jen Psaki said Monday when asked if Venezuela would have to release U.S. prisoners in exchange for eased sanctions. “They’re all a part of the conversation with Venezuela writ large but not at the same time.”

The news comes after a Saturday meeting, which marked the first high-level sit-down between the two nations in years as the Biden administration reportedly considers easing sanctions on Venezuelan strongman Nicolas Maduro’s regime. Psaki said the purpose of the visit was to discuss “energy security” and the “health and welfare of detained U.S. citizens.”

Officials told the New York Times that the prisoner release Tuesday was not part of an arrangement to lift U.S. restrictions on Venezuelan oil. At least eight other U.S. nationals remain detained in Venezuela, according to the report.

In 2017, Venezuela detained U.S. citizens who were executives on Citgo Petroleum. The six detainees, who became known as the Citgo 6, were accused of financial crimes. The U.S. strongly condemned their detainment and maintained their innocence. Venezuela has also holds Matthew Heath, a marine veteran, and former Special Forces members Airan Berry and Luke Denman.

On Tuesday, President Joe Biden announced a ban on Russian oil and gas in the U.S. in response to Russia’s bloody offensive in Ukraine. In order to fill the void of Russian oil and quell soaring gas prices, the U.S. has been exploring options to replace Russian oil imports. For example, the Biden administration is reportedly seeking to mend relations with Gulf allies. While U.S. relations with Venezuela are at a low point, the South American nation boasts the largest oil reserves in the world, according to the U.S. Energy Information Agency.

Venezuela remains one of Russia’s most faithful allies in the Western Hemisphere. Venezuela abstained from a U.N. vote last week to condemn Russia for its war against Ukraine. While Venezuela may not want to sour its relation with Russia, the country is battling rampant inflation and dire economic conditions. Lifting U.S. restrictions on Venezuelan oil could give the oil-rich nation an economic lifeline.

The Washington Examiner reached out to the State Department for comment but did not receive a response. The prospects of an oil deal with Venezuela have been met with bipartisan uneasiness.

“A barrel of oil from Iran or Venezuela has the exact same impact on the climate as a barrel of oil from America. The only difference is who gets the jobs & the money from it. So produce more American oil now,” Sen. Marco Rubio, a Florida Republican, tweeted Tuesday night.

“We shouldn’t be advancing other countries who don’t share our values. I think the opportunity here is to do it domestically [and] create jobs here. Deal with it domestically, and see if we can help Europe out too,” Sen. Jon Tester, a Montana Democrat, told CNN Tuesday.

0 92
Sudden Death: The Surge Of NFL Tragedies, And What’s Behind It 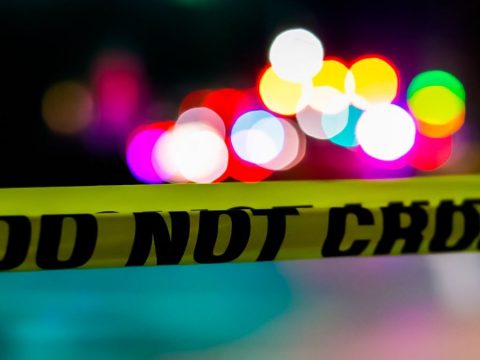