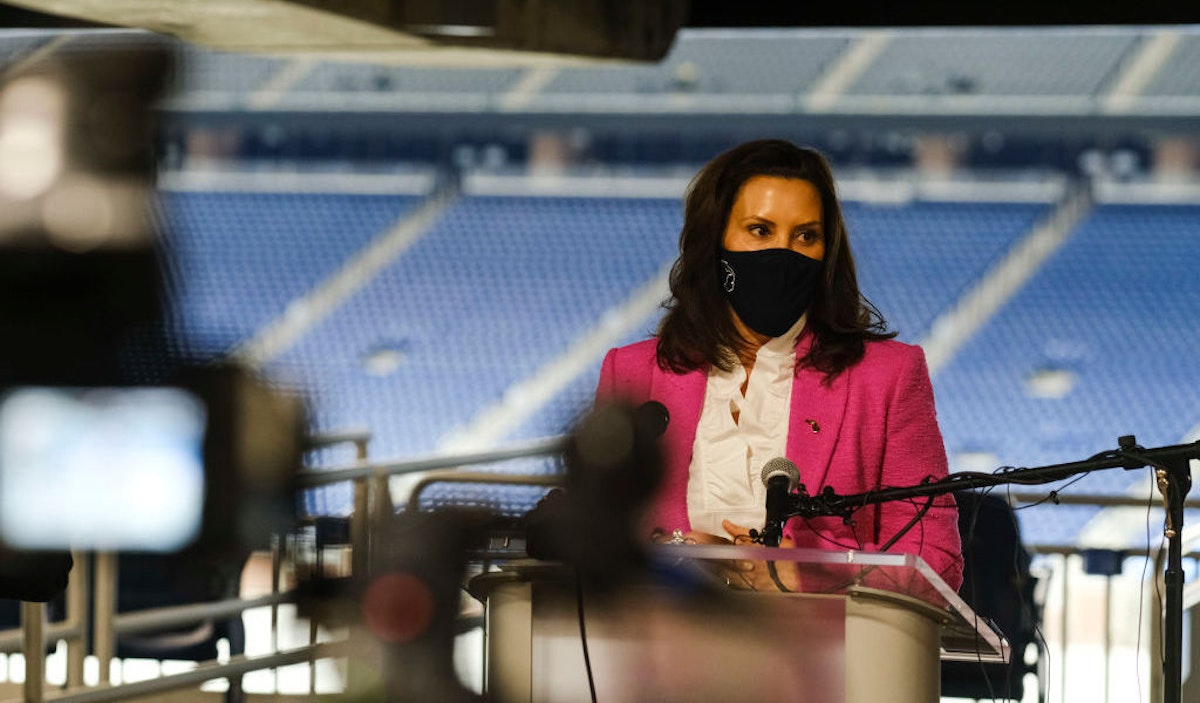 Two men are celebrating after a West Michigan jury acquitted them on charges of conspiring to kidnap Michigan Governor Gretchen Whitmer.

Brandon Caserta and Daniel Harris were arrested in October and charged along with four others of conspiring to kidnap Whitmer over her handling of the COVID-19 pandemic. The jury ruled both men not guilty on the charge, as well as cleared Harris on three other related charges, including a conspiracy to use a “weapon of mass destruction” charge that carried a potential life sentence in prison.

“Best birthday gift ever,” Caserta, who was acquitted on his birthday, reportedly told the courtroom in Grand Rapids, Michigan, after the jury’s verdict was announced.

Harris’ father, Robert Harris, watched the month-long trial of his son from the public seating in the U.S. District Court for the Western District of Michigan. “We are so elated!” he said upon hearing the verdict. “Unbelievable amount of people praying through this whole ordeal. God is so good!”

Jury deliberations ended in a mistrial for two other defendants involved in case, Adam Fox and Barry Croft, as the government failed to secure a single conviction.

“Although we are disappointed the jury did not reach decisions in our favor, we continue to respect the jury trial system whatever the outcome. And we thank the jury for their service,” U.S. Attorney for the Western District of Michigan Andrew Birge said in a statement following the verdict. “Two defendants now await re-trial and, for that reason, we have no further statement at this time.”

“In America, there’s a lot of things you can do. You can criticize the government publicly, absolutely,” Assistant U.S. Attorney Nils Kessler told jurors at the time. “If you don’t like the government’s policies, you can protest them. If you don’t like elected leaders, you can vote them out at the ballot box. What you can’t do is kidnap them, kill them, or blow them up.”

A team of defense attorneys placed the blame for the alleged conspiracy on the FBI. As The Daily Wire reported:

A team of defense lawyers argued that their clients were innocent of committing conspiracy and, to the extent that a conspiracy may have existed, the FBI had illegally manipulated their clients into it. Defense attorneys claimed that FBI agents and informants sought to prolong the investigation into the conspiracy for personal or professional reasons instead of following FBI policy regarding when to drop an investigation.

Attorneys went after FBI informant Dan Chappel, the cornerstone of the case who recorded hundreds of hours-worth of audio of the conspirators from March to October 2020. The defense emphasized the roughly $54,000 Chappel received from the FBI in reimbursements and compensation for aiding the investigation for seven months.

0 4
Two White Students Were Named And Blamed For Racist Messages. A Black Student Was Just Charged.