Twitter has blacklisted an account posting courtroom updates from the trial of Jeffrey Epstein associate Ghislaine Maxwell, who is accused of sex trafficking minors. The popular account’s suspension comes amid a wide-ranging purge of anonymous accounts from new CEO Parag Agrawal’s platform.

An account set up to monitor the investment portfolio of house speaker Nancy Pelosi following insider trading allegations was also taken down.

This came a few days after a large number of highly-followed anonymous conservative accounts were taken down by the platform, and a week after Parag Agrawal replaced Jack Dorsey as CEO.

No pretext could ban all of these accounts at the same time. Some kind of new banning algorithm has been deployed, probably using network analysis to suppress an entire cluster at once. pic.twitter.com/KUinpb9FGi

The Pelosi investment tracker humorously presented itself as a source of sound investment advice, noting the unusually high level of success of the Speaker’s investments, and calling her the “next Warren Buffett.” 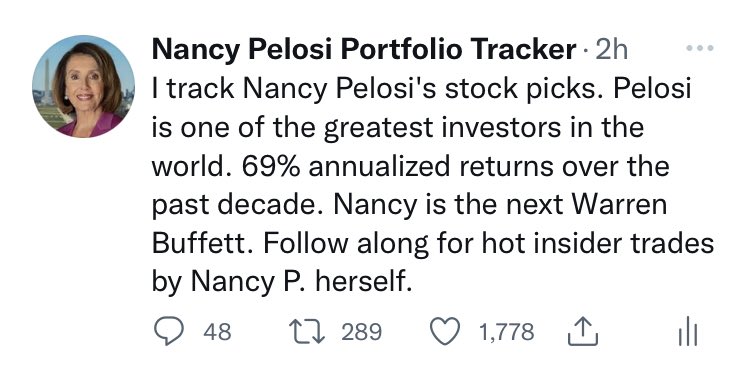 Breitbart News has reached out to Twitter about the suspension of anonymous accounts, but has not yet received a response.

Agrawal, the new CEO of Twitter, has said in interviews with the corporate media that free speech is no longer a priority for the platform.

“Our role is not to be bound by the First Amendment, but our role is to serve a healthy public conversation and our moves are reflective of things that we believe lead to a healthier public conversation,” said Agrawal in an interview with MIT Technology Review last year.

“…increasingly our role is moving towards how we recommend content and that sort of, is, is, a struggle that we’re working through in terms of how we make sure these recommendation systems that we’re building, how we direct people’s attention is leading to a healthy public conversation that is most participatory.”