Trump predicted the scenario in face off with Biden

The market leaped more than 250 points to approximately 18,600 the day after Trump was elected, and it stayed pretty much on an upward trajectory thereafter.

On the day Trump left office, the market closed at approximately 30,900, 40 percent higher than it was on Election Day 2016.

But under President Joe Biden, the market stood at about 31,200 on Thursday, so up by around 300 points, or 1 percent.

Trump predicted the scenario during his runoff with then-candidate Biden in their second presidential debate on Oct. 22, 2020.

“The stock market will boom if I’m elected,” Trump predicted.

“If he’s elected, the stock market will crash.

“The biggest analysts are saying that,” the 45th president asserted.

Trump added that 401(k) retirement accounts were through the roof on his watch.

Trump was a year off in his timing, if he was predicting right after Biden got elected the market would crash, but not in the ultimate place the liberal politician’s policies would take the country.

Comparing apples for apples, stocks performed much worse during Biden’s first year in office than Trump’s.

The Dow Jones gained 31 percent with the Donald at the helm in 2017, which was the best first year since the presidency of Franklin Roosevelt in the depths of the Great Depression, CNBC reported.

During Biden’s first year in the White House, the market went up just 11 percent.

The Democrats passed and Biden signed into law the hyperinflationary $1.9 trillion American Rescue Plan in March 2021.

Biden followed that doozy up by clamping down on domestic oil production, which helped to drive gas prices to all-time highs.

And now we have stagflation: a stagnant economy (negative gross domestic product growth in the first quarter) and high inflation rates not seen since the early 1980s.

As The Western Journal notes:

Some of Biden’s worst economic instincts — raising taxes and adding new environmental regulations, embodied in the multitrillion-dollar Build Back Better legislation — were blocked thanks to moderate Democratic Sens. Kyrsten Sinema of Arizona and Joe Manchin of West Virginia, or the country would be in a far worse place.

Earlier this month, The Wall Street Journal editorial board offered the best advice to Biden and his economic team.

It was akin to that Jerry Seinfeld gave George Costanza back in the day: Whatever instincts they have about how to best run an economy, do the opposite. 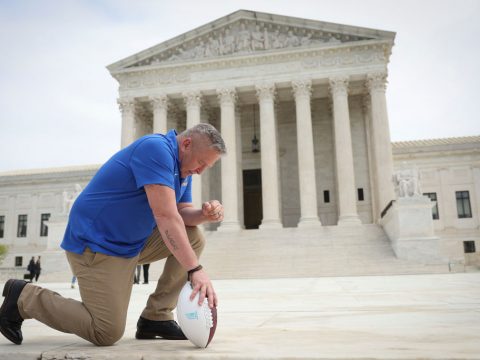