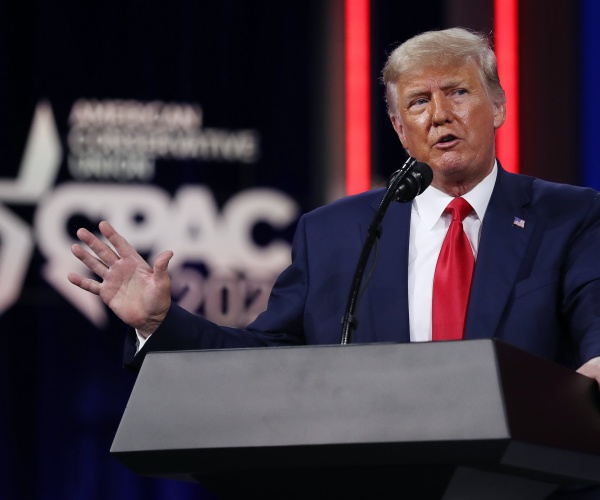 Former President Donald Trump will speak at the Conservative Political Action Conference in Dallas in July, the organization announced Thursday.

The appearance will be one of his most high-profile events since leaving the White House – he gave a speech at the CPAC event in Orlando, Fla., in February, where he blasted Biden’s tenure and his Republican critics and hinted at a 2024 presidential run.

“CPAC’s theme for 2021 is America UnCanceled,” American Conservative Union Chairman Matt Schlapp said in a statement about Trump speaking at the CPAC event in Dallas.

“We’re honored that he’ll join us in Dallas and remind us that freedom means never being silenced.”

“A corrupt alliance of Jim-Crow-shouting elected officials dead-set on cutting out voter ID, Silicon Valley censorship czars, woke school boards and corporate CEOs, and a legacy media operation on life support are working together to silence and cancel the voices and votes of conservatives,” Schlapp also said regarding the theme of the event.

The Dallas event will run from July 9-11.

Trump, who is facing the most serious legal threat of his career, has increasingly talked about plans to mount a run in three years as he embarks on a more public phase of his post-presidency, beginning with a speech on Saturday in North Carolina.

New York prosecutors have convened a special grand jury to consider evidence in their criminal investigation into his business dealings — seen by many as a sign that Manhattan District Attorney Cyrus Vance Jr. is moving toward seeking charges in the two-year, wide-ranging investigation that has included scrutiny of hush money payments, property valuations and employee compensation.

Trump has slammed the probe as “purely political,” and those around him insist he isn’t concerned about potential legal exposure even as they suggest his political posture is evolving.

“I have definitely picked up a shift that there’s more of an intentionality to be leaning on the side of it’s going to happen than it’s not,” said Schlapp. “I think it’s a very real possibility.”