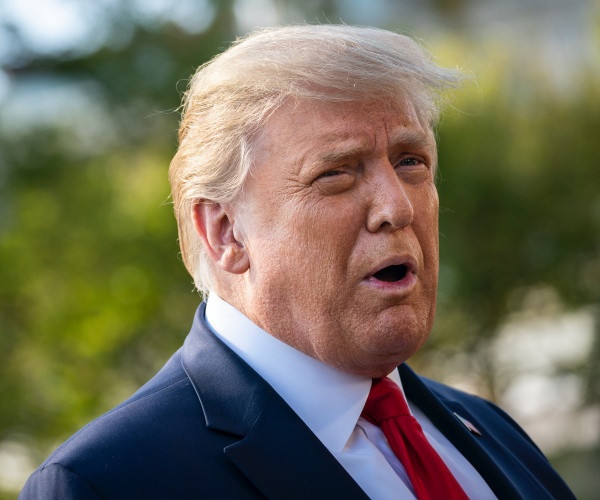 Politico reported on Thursday that Trump is telling political allies of his intentions. Politico attributed the information to two sources.

Rep. Devin Nunes, R-Calif., had told Newsmax on Tuesday that Trump is working to win back the House and the Senate from the Democrats, to create a successful environment for a possible run in 2024.

”In my discussions with him, he said his priority is to ensure that we win the House and get the Senate back, and I know he’s working hard at doing just that,” Nunes said on ”Greg Kelly Reports.”

And a new Quinnipiac poll released Wednesday found that 66% of Republicans want Trump to make a third run for the White House.

That number also mirrors the 66 percent of Republicans that say they believe the 2020 election was ”stolen” from Trump.

“The numbers fly in the face of any predictions that Donald Trump’s political future is in decline,”  Quinnipiac University Polling Analyst Tim Malloy said. ”By a substantial majority, Republicans: (1) believe the election was stolen from him, (2) want Trump to run again, and (3), if they can’t vote for Trump, prefer someone who agrees with him.”

Trump has publicly acknowledged that he’s ”100% thinking about running again” and would consider Florida Gov. Ron DeSantis as a running mate.

But Politico pointed out that while most congressional Republicans praise Trump in public, he is facing skepticism in some corners.

”President Trump did a lot of good,” said Sen. John Cornyn R-Texas, who was the GOP whip for Trump’s first two years in office. ”But he squandered a lot of his legacy after what happened after Nov. 3. And I think that’s a shame. Running for president, you’re under a lot of scrutiny. And all I can say is there’s a lot to talk about.”