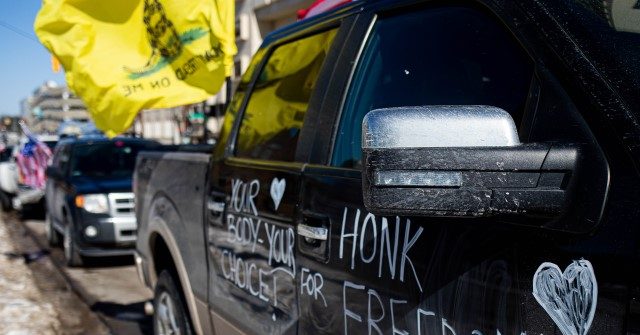 Driving from Scranton, Pennsylvania, on Wednesday, Bolus intends to shut down the Capital Beltway, which encircles D.C. and connects major corridors of the greater Maryland and northern Virginia area. The road serves as a major commuting passageway and route for commercial deliveries into the district.

It is unknown how long the blockade could last.

“We will be along the Beltway where the Beltway will be shut down,” Bob Bolus told Fox 5 DC. “I’ll give you an analogy of that of a giant boa constrictor. That basically squeezes you, chokes you and it swallows you, and that’s what we’re going to do to D.C.”

Bolus explained he intends to provide emergency vehicles an open lane to keep inhabitants safe. “There will be a lane open for emergency vehicles, they’ll be able to get in and out and all that,” Bolus said. “We will not compromise anybody’s safety or health, one way or the other. As far as if they can’t get to work, geez that’s too bad.”

In response to the protest, D.C. police will reportedly be “mobilizing” on Wednesday by deploying about 500 officers to reduce the “civil disturbance.”

“There will be disruptions to traffic, that kind of thing,” Police Chief Robert Contee said Friday. “I think we need to be very candid with the public about some of the expectations based upon what we’ve seen in Ottawa.”

One police tactic to lift the potential blockade is to use tow trucks to remove the trucks. But according to the Fox 5 DC report, sources with knowledge of police activity have revealed towing companies are siding with the protestors and will not help police remove the blockade.

The “Freedom Convoy” blockade in Ottawa, Canada, was slowly lifted over the weekend by towing 99 vehicles and arresting 191 people. Prime Minister Justin Trudeau controversially implemented an emergency act to quell the protest.

On Monday, Trudeau defended the use of the controversial measures in a press conference and said the state of emergency is not over.

“Even though things seem to be resolving very well in Ottawa, this state of emergency is not over,” he said. “We have to remain vigilant, and not only in Ottawa but at our ports of entry.” 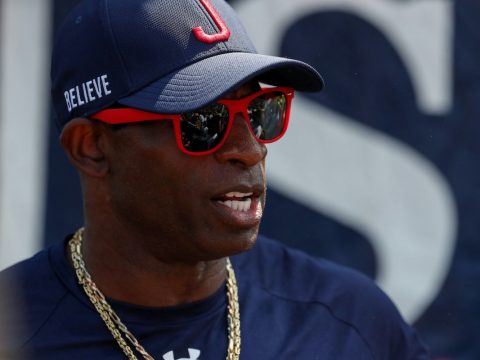 0 39
Courting Coach Prime: Both South Florida And Colorado Want Sanders, But Only One Is The Perfect Fit