Damaged properties near the intersection of County Road 24 and 37 in Clanton, Ala., are shown early Thursday, March 18, 2021, the morning after a large outbreak of severe storms pounded the southeast. (AP Photo/Vasha Hunt)

NEW: Another Particularly Dangerous Situation #tornado watch has been issued from northern Louisiana into southeast Arkansas and northern and western Mississippi until 7 p.m. CDT. Several strong tornadoes are possible in this area. pic.twitter.com/N9CvBwRE6G

The low-pressure system was also predicted to bring thunderstorms and hail to many counties in the area. Meteorologists said cool air reduced the risk for strong tornadoes, however, damaging winds and low strength twisters were still predicted. 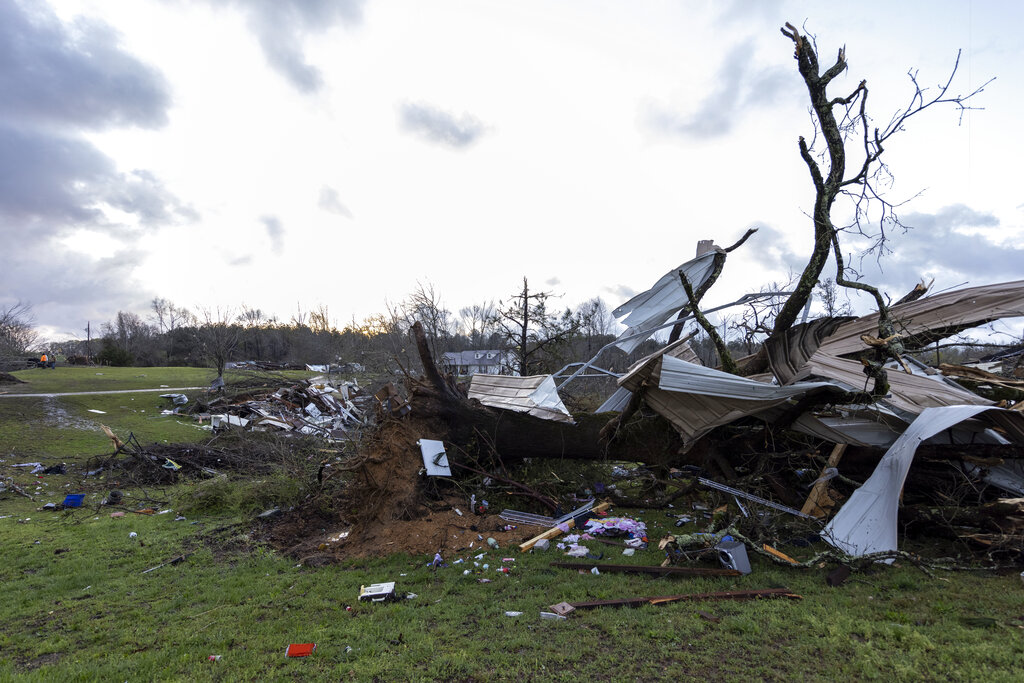 The sun rises over weather-damaged properties at the intersection of County Road 24 and 37 in Clanton, Ala., following a large outbreak of severe storms across the southeast, Thursday, March 18, 2021. (AP Photo/Vasha Hunt)

The same storm brought more than two dozen tornadoes to the south Thursday. Reports said 19 tornadoes touched down in Alabama. While many buildings were damaged, no fatalities were reported.

More than two dozen tornadoes — some packing winds up to 130mph — touched down across rural parts of Alabama Wednesday, leaving behind a trail of twisted metal and debris.

“We had buildings and stuff destroyed but those things can be replaced,” Chilton County, Alabama Sheriff John Shearon stated. “Lives can’t.”

Forecasters anticipated the worst of the storm will move off the southeastern coast Thursday evening.

0 23
Americans’ Trust In Government, Media, And Other Major Institutions Nosedives To Record Low