The Tom Cruise blockbuster “Top Gun: Maverick” surpassed the milestone of $1 billion in global box office revenue on Saturday, making it the highest-grossing film so far in 2022.

The global box office mark was noted as the first for a movie starring Cruise and just the 50th movie to reach the billion-dollar barrier, according to The Hollywood Reporter.

“Director Joseph Kosinski’s film passed the barrier after finishing Sunday with an estimated domestic total of $521.7 million and $484.7 million overseas for a global cume just north of $1 billion,” the report noted.

“Top Gun: Maverick enjoyed a boost in its fifth weekend thanks to being rereleased in select Imax and premium large-format screens. The Paramount and Skydance release grossed $30.5 million domestically and $44.5 million overseas for a weekend total,” it added.

The film is the second film to break the $1 billion global box office mark since the pandemic. “Spider-Man: No Way Home” was the first film to surpass 10-figures following the COVID-19 closure of theaters worldwide in 2020.

The latest Cruise film also hit the notable mark in just 31 days. It continues to vie for number one in America even in its fifth week, according to Variety. The film has accomplished the remarkable feat despite competition from “Jurassic World: Dominion” and Pixar’s latest film “Lightyear.”

The Daily Wire’s Brett Craig recently noted, “‘Top Gun: Maverick’ doesn’t apologize for its patriotism or equivocate about America’s leading role in the world, and there’s no global coalition to depend on when a dangerous international threat arises in the film.”

The Daily Wire’s Amanda Harding added, “‘Maverick’ is devoid of virtue signaling. There are no trans fighter pilots, Top Gun school drag performances, or monologues about white privilege. The film relies on quality storytelling and action scenes that are real rather than computer generated.”

The left-leaning Vanity Fair even acknowledged the film’s success as a victory celebrated by conservatives. “Top Gun: Maverick is the latest Hollywood production that commentators on the right have portrayed as a culture-war victory,” it noted.

“Over the past year, conservatives have celebrated the success of Yellowstone, a drama that revolves around a Montana ranching family, and inexplicably tied the show’s high ratings to its supposed ‘real America’ themes,” the outlet added. 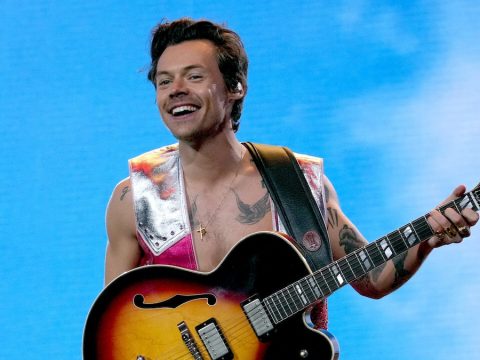