Buccaneers quarterback Tom Brady is navigating the emotional challenges that come with age.

During the latest installment of his “Let’s Go!” podcast on SiriusXM, Brady — who finalized his divorce from supermodel Gisele Bündchen in October — discussed how he maintains his focus on the football field in light of distractions from other areas of life.

“I think there’s so many ways for me that it just keeps great perspective for me in my life,” the 45-year-old Brady said. “Why have I done it for as long as I have? You know, physically, I’ve explained that and I’ve tried to take care of myself. You know, mentally, and as we talked about with Coach [Sean] Payton, there’s such a drive mentally to always come up with the next great play, or the next great concept, or the next great scream. And then emotionally, that’s where I think as you get older the challenges really come in, you know — because we can get distracted by other parts of life. And not distracted in a bad way but there’s priorities that take over.

“So I’ve tried my best over the years to maintain what’s important to me. And been very fortunate to play a sport that I love. And, as I said, why do I play? Because the competition is great. Obviously it’s a great thrill and joy to go out there and play, but you’re just, you’re a part of something that’s way bigger than yourself and there’s something to be said for that.”

The comments made on Brady’s podcast were recorded earlier Monday, prior to Tampa Bay’s comeback win over the Saints on “Monday Night Football.”

The Buccaneers rallied from a 13-point, fourth-quarter deficit to defeat their NFC South rivals, 17-16, thanks in part to a brilliant closing sequence led by Brady.

With three seconds left to play, the quarterback threw a game-winning touchdown pass to running back Rachaad White, which marked the largest regular-season, fourth-quarter comeback in Brady’s career.

The seven-time Super Bowl champ dedicated the win to his 10-year-old daughter Vivian, whom Brady said was nervous about the Buccaneers’ matchup versus the Saints.

Brady is now 3-1 since confirming his divorce from Bündchen, 42. The former couple announced the split on social media following 13 years of marriage.

In addition to Vivian, Brady shares son Benjamin, 12, with Bündchen. The quarterback is also a dad to 15-year-old son Jack, whom he co-parents with his ex, Bridget Moynahan.

Page Six was first to report in September that Brady and Bündchen were having martial issues over the quarterback’s decision to un-retire from the NFL. He is currently in the middle of his 23rd season. 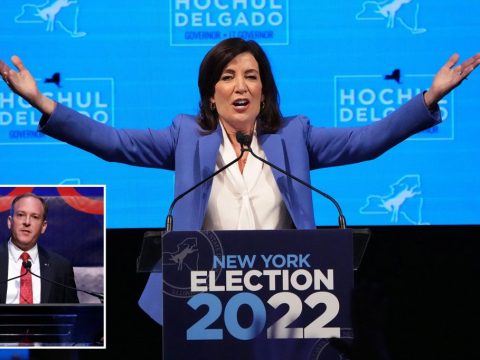